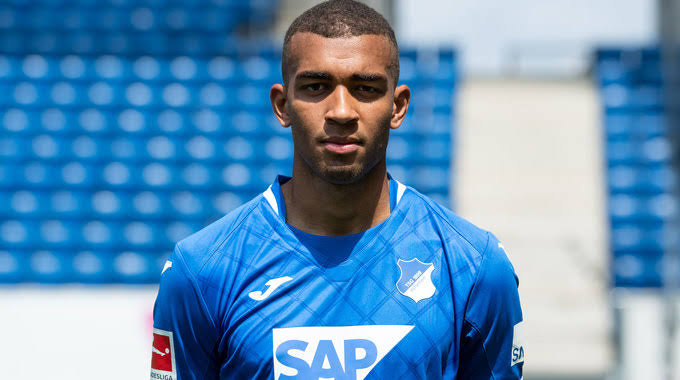 Hoffenheim defender, Kevin Akpoguma has been granted permission by FIFA to make his switch to the Super Eagles after seven years with German national youth teams.

This was announced by the president of the Nigeria Football Federation (NFF), Amaju Pinnick in a viral tweet on Monday night.

25-year-old Akpoguma, who recently disclosed his intention to switch allegiance and represent Nigeria at senior level, is already with the Nigeria squad currently in Austria.

”Coach Gernot Rohr might be a bit light in the middle. However, I’m extremely happy to announce that @FIFAcom has just granted Hoffenheim defender and former German U-20 national team skipper Kevin Ufuoma Akpoguma permission to make his switch to Nigeria with immediate effect,” Pinnick tweeted.

Akpoguma was the captain of the German U-20 team that reached the quarter-finals of the 2015 FIFA U-20 World Cup in New Zealand.

Following the permission to switch by FIFA, the tough tackling defender is likely to participate in forthcoming friendlies against Algeria and Tunisia.

The Super Eagles will take on the champions of Africa, Algeria, on 9 October, before facing Tunisia four days after. Both matches to hold in Austria.