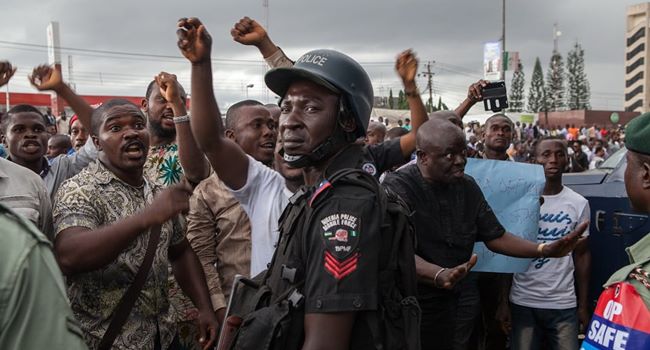 The Akwa Ibom State Police Command has confirmed the arrest of some persons involved in electoral malpractice during Saturday’s re-run election staged in Essien Udim Local Government Area of the state.

The arrest of the suspects which were not specified in number was confirmed by police spokesman, CSP Nnudam Fredrick, while speaking with journalists at the collation centre in Methodist School, Okop Akama, Essien Udim area of the state on Saturday.

Fredrick said that the elections were generally peaceful as investigations into the offences committed by the arrested persons were currently underway.

He also said that he was not aware that the arrests of the suspects were made in the house of a politician and denied social media reports that some corps members were kidnapped during the election and rescued by the police from a politician’s home.

READ ALSO: Akeredolu to APC: Drop me and lose Ondo in 2021 election

Speaking on Saturday, Akpabio in a statement by his Chief Press Secretary, Anietie Ekong, said his decision to stay away from the supplementary election was ‘sacrosanct.’

He said, “The news flying about linking Senator Godswill Akpabio to any rerun election in Essien Udim Local Government Area is fake”.