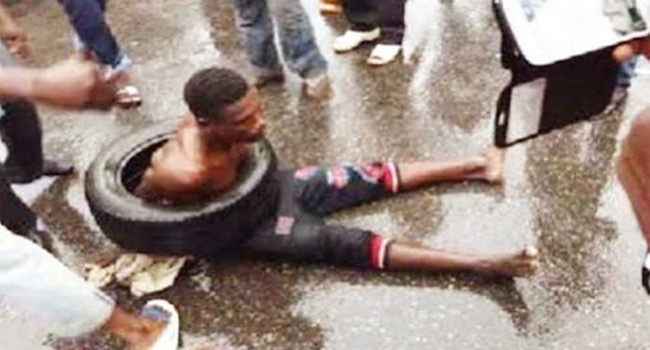 Following spike in jungle justice in Akwa-Ibom, the state police command has warned residents to desist from such act or risk prosecution.

The police spokesperson in the state, Odiko Macedon in a statement on Thursday vowed that the police would arrest and prosecute those setting suspected criminal ablaze.

Reports esromate that about six people were attacked and burnt to death by mobs in the city within 48 hours, early February, on suspicion of being either a thief or robber.

Mr Macedon said “The Commissioner of Police notes that jungle justice is a travesty of justice, as it does not guarantee fairness to anyone and may lead to the death of an innocent person(s).

“The act may lead to a state of anarchy and will, therefore, not be tolerated as it negates the subsisting constitutional provisions and has no place in our criminal justice administration,” the statement quoted the police commissioner as saying.