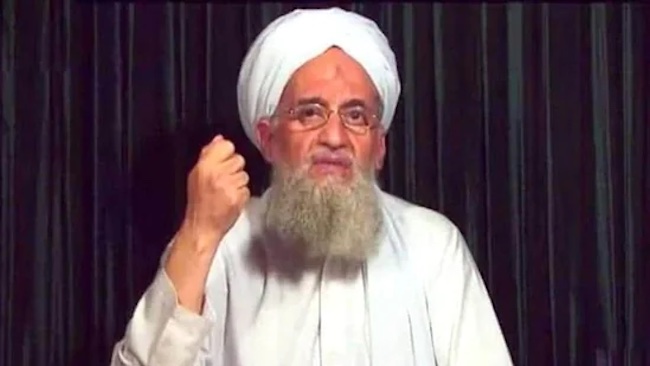 The leader of al-Qaeda, Ayman al-Zawahiri, has been killed in a United States counter-terrorism operation in Afghanistan.

BBC reports that al-Zawahiri was killed in a drone strike carried out by the CIA in the Afghan capital, Kabul, on Sunday.

The US military officials told journalists on Monday night that Zawahiri was on the balcony of a safe house when the drone fired two missiles at him.

They added that family members who were with the terrorist when he was killed were unharmed.

The United States President, Joe Biden, confirmed the military operation at a media briefing in the White House.

He said Zawahiri had “carved a trail of murder and violence against American citizens.”

“Now justice has been delivered and this terrorist leader is no more,” the president added.

READ ALSO: Al-Qaeda promises US ‘war on all fronts’ if Biden pulls troops out of Afghanistan

Al-Zawahiri took over as al-Qaeda leader after the death of Osama bin Laden in 2011.

The duo masterminded the September 11, 2001 attacks on the US with al-Zawahiri regarded as one of America’s “most wanted terrorists.”