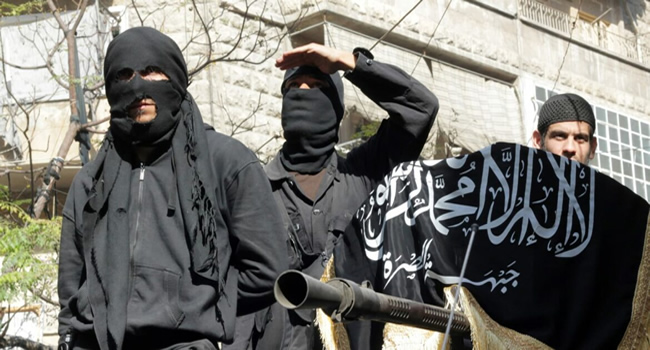 Islamic terror group, Al-Qaeda, has warned the United States to expect ‘war on all fronts’ if it carries out the withdrawal of its troops from Afghanistan as orderd by President Joe Biden, without withdrawing their troops from otherIslamic countries.

America’s “war on terror” is about to enter a new phase as Biden prepares to withdraw all US forces from Kabul by the 20th anniversary of 9/11, but now, Al-Qaeda claims its war with America is far from over.

A senior official of the group in a statement on Friday, said the “war against the US will be continuing on all other fronts unless they are expelled from the rest of the Islamic world.”

In the past, Al-Qaeda has rarely responded to questions, choosing to be silent on the American ‘invasion ‘ but now, they say they have no option but to wage the war to force the US to withdraw its troops from other parts of the Middle East.

Terrorism analyst Paul Cruickshank, who reviewed Al-Qaeda’s statement, said it is possible “they feel buoyed by the Biden administration’s decision to pull out troops from Afghanistan, but they may also be seeking to deflect attention from the many recent losses.”

Part of the statement had Al-Qaeda heaping praises on another global terror group, the Taliban, for keeping the fight against America alive.

By September 11 this year, America’s longest war that aimed to neutralize the terror group will formally end, with President Biden declaring, “Bin laden is dead and al Qaeda is degraded in Afghanistan. And it’s time to end the forever war.”

What made the exit possible is America’s February 2020 deal with the Afghan Taliban in which the group promised to cut all ties with Al-Qaeda that caused the US to invade Afghanistan following the 9/11 attacks.

Oshiomhole links insecurity in north to actions of El-Rufai