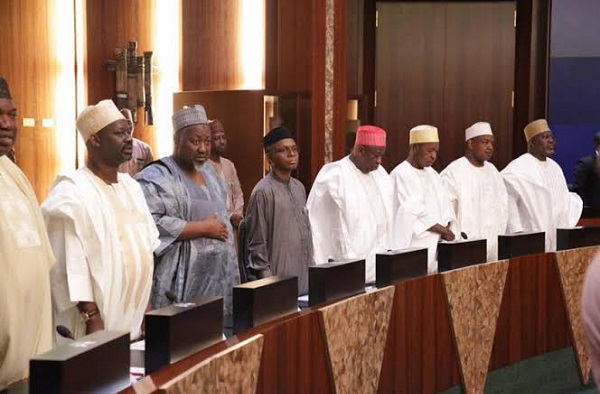 All 36 Governors of the country have opposed new regulations by the Nigerian Financial Intelligence Unit (NFIU) which seek to end their control of local government funds.

Nigeria Governors’ Forum (NGF) in a letter issued by their spokesman, Abdulrazaque Bello-Barkindo, claimed that NFIU has no business meddling in how state governments disburse funds to their respective local governments.

The governors in the letter asked President Muhammadu Buhari to call the NFIU to order.

NFIU had argued that such accounts are only transitional accounts from where funds should go directly in the accounts of local governments.

It also placed a limit on cash withdrawals from local governments accounts to a maximum of N500,000 per day. It warned banks to ensure strict compliance.

The governors in reaction described the measures as a “brazen attempt by the NFIU to ridicule our collective integrity”.

They argued that the move violates the constitution, adding that they reserve the powers to make statutory allocations to the local governments.

“Extracting copiously from the constitution, governors drew the attention of the President to section (6) (a) and (b) which confers on the States and National Assemblies the powers to make provisions for statutory allocation of Public revenue to the Local Councils in the Federation and within the states respectively,” read a statement Bello-Barkindo issued on their behalf.

“Similarly, the Governors added, Section 162 (6) expressly provides for the creation of the States Joint Local Government Account (SJLGA) into which shall be paid all allocations to the LGAs of the State from the Federation Account and from the government of the state.

“The NGF Chairman emphasises that nothing in the NFIU Act 2018 gives the body the powers that it seeks to exercise in the guidelines that it released and is therefore acting in excess of its powers and by so doing, Abdulaziz Yari Abubakar added, NFIU exhibits complete disregard of the constitution of Nigeria.”

The governors added that local government councils are a creation of the constitution and are not financial institutions.

“They are not reporting entities and are therefore not under the NFIU in the manner contemplated by the NFIU so-called guidelines,” they said.

“In principle the NFIU should concentrate on its core mandate of Anti-money laundering AML activities and Combatting financing Terrorism CTF as prescribed in the Act establishing it and should desist from encroaching on or even breaching constitutional provisions.

“The NFIU should seek to comply with those standards on combating Money Laundering and Financing of Terrorism and its proliferation as stipulated and not dabble into matters that are both constitutional and beyond NFIU purview.”