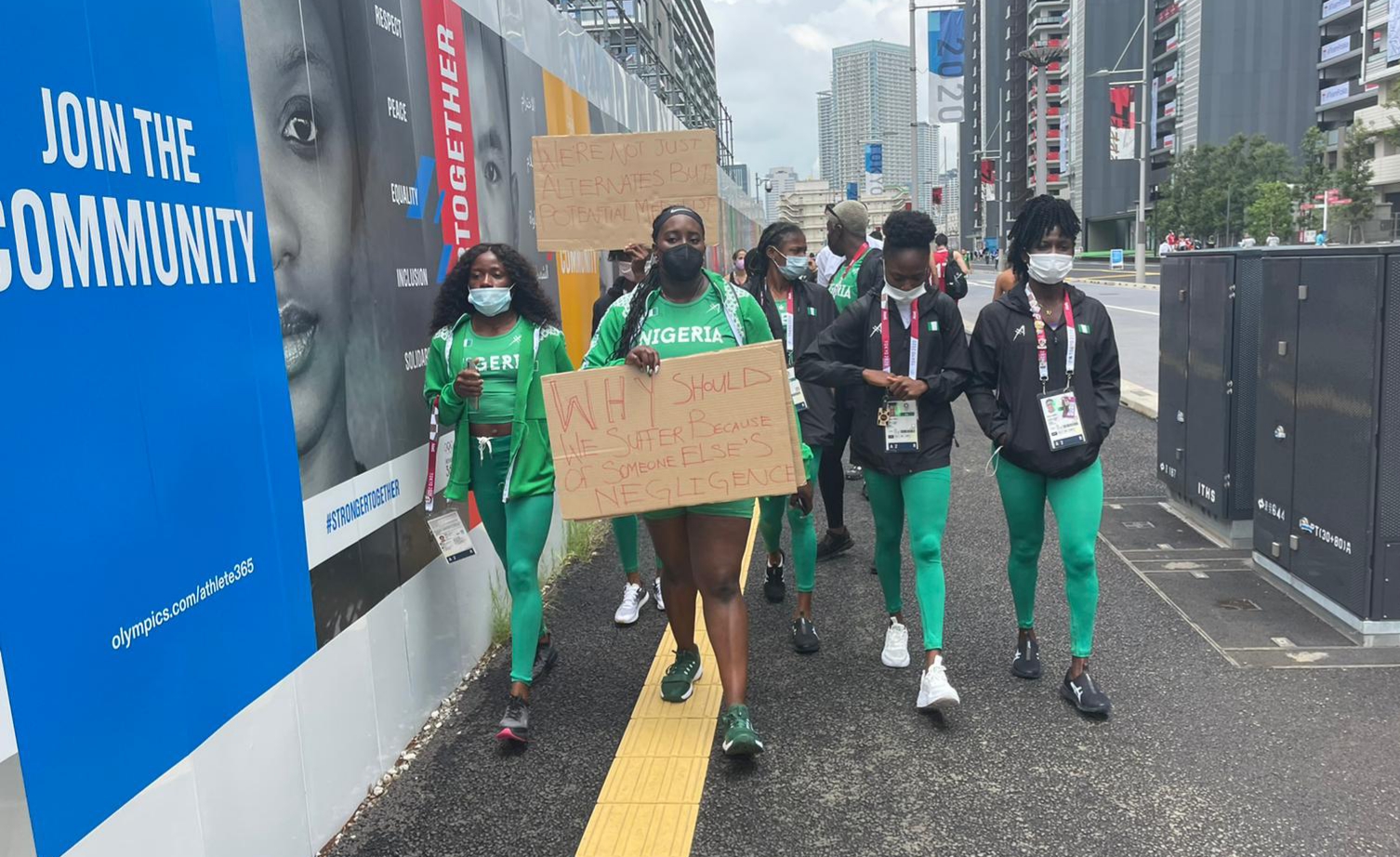 Some of the disqualified Team Nigeria athletes at the ongoing Tokyo 2020 Olympic Games have taken to the streets to protest their situation.

The athletes, who were initially billed to take part in the track and field events of the Olympics that kicked off Friday morning, were reportedly evicted from the Games Village.

Ripples Nigeria had earlier reported that the Athletics Integrity Unit of World Athletics on Wednesday disqualified 10 Nigerian athletes for not meeting up to the three Out-of-Competition Tests needed for eligibility.

Only 12 of the athletes that were set to represent Team Nigeria in Athletics were cleared and tagged eligible to compete, causing the team to miss potential medal victories in hammer throwing and discus.

Some of the athletes had vented their anger on social media on Thursday following the disqualification, with top sprinter Blessing Okagbare rolling out a strong statement by blaming officials of the Athletics Federation of Nigeria.

“The sport system in Nigeria is so flawed and we athletes are always at the receiving end of the damages,” her tweet read in part.

Meanwhile, in another report from Tokyo, Team Nigeria officials and athletes are currently at loggerheads over the collection of smart phones gifted to athletes by sponsors, Samsung.

Ripples Nigeria gathered that the procedure for collection was that each athlete would go to Samsung office in Tokyo, scan with the Olympics accreditation tag and collect the phone.

But the team officials reportedly collected the phone in bulk for all the athletes representing the country and have refused to give the disqualified athletes since they are not competing.

Nothing has been said officially at the time of this report, and efforts to reach any of the affected athletes over the issue proved abortive.