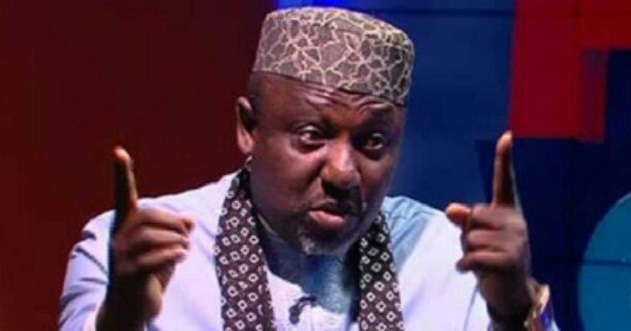 The Imo West senator and former governor of Imo State, Rochas Okorocha, has reacted to a claim that he offered $2 million bribe to Ahmed Gulak in 2018.

Gulak had claimed that Okorocha offered him the bribe when the All Progressives Congress (APC) commissioned him (Gulak) to conduct the governorship primary in Imo State.

But Okorocha, in a statement by his media aide, Sam Onwuemeodo said that Gulak must be a shameless person to be accusing him of bribing him one year after the alleged act happened.

The governor claimed that it was never in his character to offer bribes, adding that Gulak ought to have been “in jail by now” owing to his alleged role in the primary election that at the end produced two governorship candidates.

“This same Ahmed Gulak had claimed at a press conference in Abuja on Tuesday, October 2, 2018, that he absconded from his room 701, at Rockview Hotel Owerri by 4.00 a.m. that day because agents of the former governor had wanted to kidnap him. He ran away leaving other members of the committee behind.

“And that was the day the primary should have held after he had announced that, Monday, October 1, 2018, being the actual date for the primary was no more feasible because he arrived Owerri by 2.00 p.m., met with stakeholders by 8.00 p.m. at police headquarters Owerri. The meeting lasted till 11:35 p.m.

“And he went on to call on the then governor with his team at 11:58 p.m. The courtesy call lingered till 1:00 a.m. They went back to their hotel, only for him to abscond by 4:00 a.m., by his own account. And that was the genesis of Imo APC problem. So, at what point was the bribe given?.

“At his press conference too, he declared someone winner of a primary he never conducted and the person happens to be Hope Uzodinma.

“The rest of the team led by the committee’s Secretary, Barr. Henry Idahagbon stayed behind and conducted the primary which Uche Nwosu won. After that, the national chairman of the party, Adams Oshiomhole, disbanded the Gulak committee having heard and known the disgraceful script he (Gulak) had acted in Owerri.

“Why was his committee disbanded? However, at the end of the day, the party leadership settled for Uzodinma, prompting Nwosu to settle for the ticket of Action Alliance.

“Okorocha does not offer a bribe and those who know him, would attest to that,” the statement read.