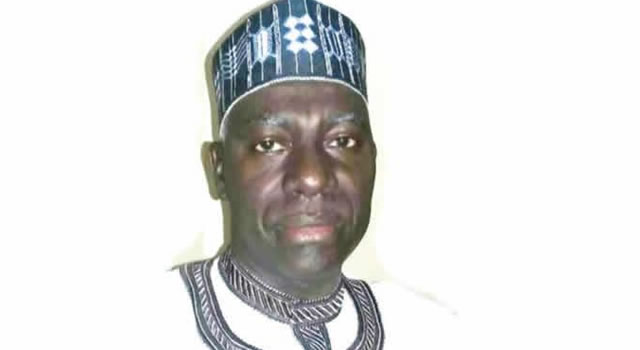 The convener of #RevolutionNow, Omoyele Sowore and fellow detainee, Olawale Bakare have instituted a contempt suit against the Director General of the Department of State Services (DSS), Yusuf Bichi over the failure of the Nigerian secret police to release them as ordered by a Federal High Court.

This is the second time the duo would institute a contempt charge against Bichi. The first being his refusal to release them after the expiration of the 45 days Justice Taiwo Taiwo of the Federal High Court, Abuja had given for their detention.

Sowore and Bakare, also on November 15 instituted separate suits for the enforcement of their fundamental human rights, demanding for N500 million each against Bichi and the Attorney General of the Federation, Abubakar Malami.

Court papers showed on Monday that the contempt suit was filed on November 12 with Bichi as the sole defendant. The court papers were however served on the DSS on Monday.

The suit titled, ‘Notice of the consequence of disobedience to court order,’ was instituted on the strength of Order IX and Rule (1-3) of the Judgment (Enforcement) Rules, section 72 of the Sheriff and Civil Process Act, 2004, was signed by the Registrar of the court with the court’s stamp dated November 12, 2019.

Read also: Buhari is a man of integrity, he will not run for third term —BMO

“Take notice that unless you obey the directive contained in the order of the Federal High Court of Justice, Abuja, made on November 6, 2019, which ordered you to release the defendants/applicants in suit number FHC/ABJ/CR/235/2019 forthwith, you will be guilty of contempt of court and will be liable to be committed to prison.

“A copy of the said order of court earlier served on you is hereby annexed for your on-the-spot-reference.

“This court has been informed that even as of today, Tuesday, November 12, 2019, you are yet to comply with the lawful order of the Federal High Court by refusing to release the defendants/applicants namely: Omoyele Stephen Sowore and Olawale Adebayo Bakare (Mandate), in your custody forthwith or you will be guilty of contempt of court.”

The suit was instituted by Sowore’s team of lawyers led by human rights lawyer, Femi Falana.