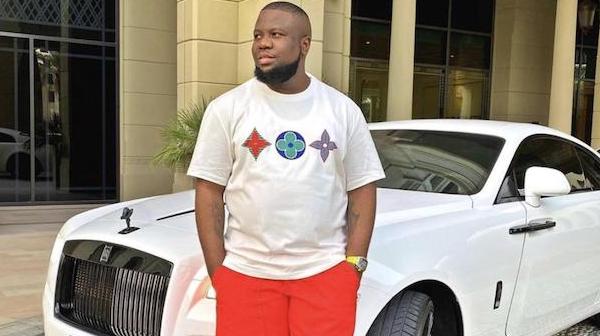 A US court Judge, Jeffrey Gilbert on Monday denied the bail application of alleged internet fraudster, Ramon Abbas, popularly known as Hushpuppi which was filed on his behalf by his lawyer, Gal Pissetzky.

The lawyer who has been battling to secure the release of his client, had applied for him (Hushpuppi) to leave jail with an electronic tag and live with the uncle, but US prosecutors opposed the bail application.

However, Judge Gilbert denied Hushpuppi bail on grounds of him being a flight risk and also ordered that the suspected fraudster be remanded in custody until he is taken to a court in California.

Reacting to prosecutors’ argument, Pissetzky said his client had too much to lose if he flees from the United States.

“He is loved, respected and he is a celebrity.

“I don’t see the reason why he would want to ruin his credibility in the world and his status rather than stay here and face this allegation.

READ ALSO: Hushpuppi does not represent who we are as Nigerians –Abike Dabiri-Erewa

“Anywhere he goes, people will know.

”Having grown up very poor in Nigeria, Mr. Abbas is now paid to pose with high-priced items such as Louis Vuitton bags that people would buy after seeing his posts on Instagram.

“He is an influencer. That’s a job today, as much as it is hard to imagine this is actually a full-time job,” Pissetzky said.

This came days after Pissetzky stated that his client had a good chance of beating off the fraud allegations levelled against him by the FBI.

The Chicago-based lawyer, in an interview with Forbes last Thursday said that his client was not guilty of the crimes against him.

“Absolutely not guilty of [the] charges they are accusing him of. (Abbas) was running a legitimate business and a very legitimate Instagram account and did not take part in any scam or fraud,” he said.

Osimhen, Chukwueze, Nwakali products of our effort in 2015, Amuneke brags