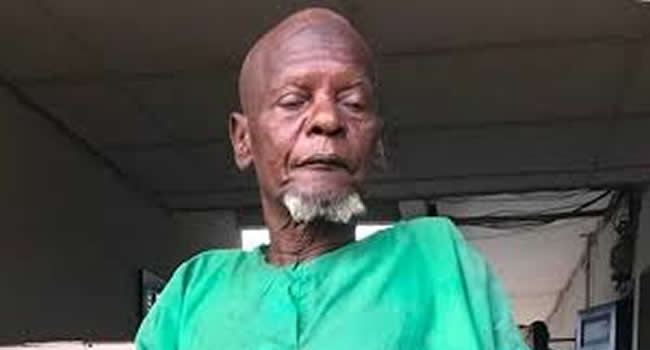 The Fulani leader, Iskilu Wakili, has denied accusations of being involved in criminal activities in Oyo State.

Ripples Nigeria had reported that Wakili was arrested by members of the Oodua Peoples Congress (OPC) in the Kajola, Ibarapa area of Oyo State on Sunday.

In his statement at the State Criminal Investigation Department, Iyaganku, Ibadan, Wakili challenged his accusers to come out in the open with their claims.

According to him, he has never been involved in crime since he has been staying in Oyo for over 20 years.

Wakili said he was at home on Sunday when he heard women among his household shouting that some armed men were approaching his house.

“Two days after my return from the hospital (in Cotonou, Republic of Benin), I was lying down because I was ill and suddenly some women came and started shouting that armed OPC men had come looking for me.

“I asked them to flee but I could not run because I was sick. Two men later came and picked me from where I was lying down, they threw me in their vehicle naked. I fainted many times before they drove me to the police station in Igboora. From there we were taken to SCID, Ibadan.

“I am not a criminal, my children are not criminals. I don’t know anything about kidnapping or any crime. I have many cows and I know they stray into farms at times but I don’t have criminal records anywhere and this can be investigated. After they took me away from my home, a woman, Tande, was killed.”

Wakili also narrated how he paid ransom before his children who were abducted last year were released.

He said: “Sometime last year, two of my children were kidnapped and I paid millions of naira as ransom before they were released. I am not a kidnapper.”