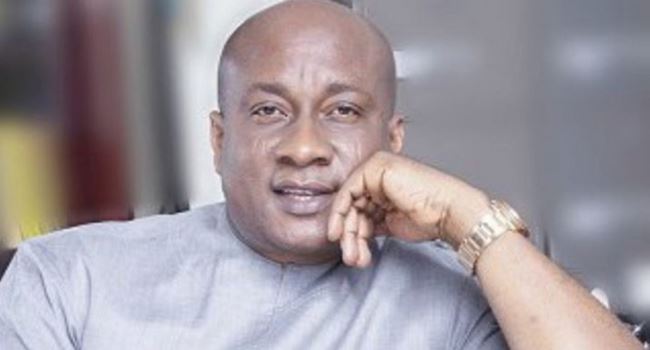 The Chief Executive Officer (CEO) of Air Peace, Allen Onyema, has distanced himself from the suit against the Federal Government over his indictment.

A human rights lawyer, Johnmary Jideobi, had in a petition filed at the Federal High Court in Abuja prayed the court to stop the Federal Government from making any attempt to ferry Onyema to the US on the request of the American government for whatever reason.

The US charged him alongside Ejiroghene Eghagha, the airline’s chief of administration and finance.

But in a statement on Wednesday, Onyema distanced himself from the suit filed against the Federal Government over his indictment and said that he neither knew Jideobi nor instructed him to file a human rights suit on his behalf.

In the statement, A.O. Alegeh & Co, Onyema’s lawyers, said suit no. FHC/ABJ/CS/1446/2019 filed before a Federal High Court in Abuja by Jideobi was instituted without the consent of Air Peace CEO.

The statement read, “The attention of our client, Allen Onyema has been drawn to news reports now trending in the social media suggesting that an Abuja based Legal Practitioner, Mr Johnmary C. Jideobi, has instituted an action in Suit No. FHC/ABJ/CS/1446/2019 – Johnmary C. Jideobi v. Federal Government of Nigeria & Ors at the Federal High Court, Abuja Division, purportedly seeking the enforcement of our client’s fundamental human rights.

“We hereby state on behalf of our client, that at no time did he instruct the said Mr Johnmary C. Jideobi to institute any action on his behalf in respect of the subject matter of the Indictment now pending against him in the United States of America.

“Our Client has no knowledge of the said action and did not consent to the filing of the same. As a matter of fact, Our Client does not know the said Mr Johnmary C. Jideobi.”