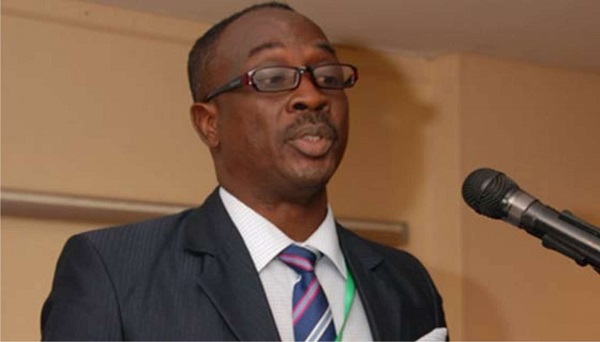 A former chairman of the Nigerian Bar Association (NBA), Ikeja Branch, Adesina Ogunlana, on Wednesday collapsed in the dock during arraignment by the Economic and Financial Crimes Commission (EFCC) at an Ikeja Special Offences Court.

Ogunlana, alongside his predecessor, Yinka Farounbi and immediate past treasurer of the association, Aderinola Kappo, are facing trial in a 30-count charge for alleged theft and money laundering.

During trial on Wednesday, Ogunlana collapsed after the EFCC prosecution, Samuel Daji, asked the trial judge, Justice Mojisola Dada, to remand him, alongside other defendants, in prison custody after he pleaded not guilty.

Although his state of health is unknown, his colleagues rushed to lend helping hands and was subsequently offered a seat while the prosecution counsel and the defence counsel argued his bail condition.

According to the charge prescribed by the EFCC, the three defendants collectively stole a total sum of N20, 005, 000 belonging to the NBA.

They allegedly committed the offence between 2016 and 2018 by converting the said amount to personal use.

EFCC further claimed that money was paid into Ogunlana’s First bank account through issuance of cheque ‘without authorisation’.

All defendants, however, pleaded not guilty to the charge preferred against them by the EFCC.

Following their not guilty plea, the prosecution counsel led by Samuel Daji urged the court to remand the defendants in prison custody pending the court’s ruling on their bail application.

Daji said: “We urge the honourable court to grant us accelerated hearing in this matter and also to remand the defendants in the prison custody.

“My lord the first and third defendants are flight risk. They jumped the administrative bail granted them by the EFCC and the third defendant even gave us the address of the house she has left two-years ago and the landlord is also looking for her.

“They were supposed to be reporting at the EFCC office every Friday but they didn’t comply.

“These defendants have also been threatening our witnesses as well as operatives of the EFCC by agents of the first defendant.

“I urge the court to remand the defendants accordingly, after all, governors are being kept in prison custody. There is no big man in where to keep defendants.”

The defence counsel, Akin Olatunde, however, urged the court to grant the defendants bail on liberal term.

“We literally fought the prosecution to prosecute this matter and they have been coming to court since Monday.

“The court is at discretion to admit the defendants to bail after their arraignment. The essence of bail is for defendants to be present in court. They are responsible personalities who are ready to come for the trial anytime as demonstrated in their coming since Monday,” Olatunji said.

After listening to both parties, Justice Dada granted bail to the defendants as requested.

“I have considered the case of the matter and considering the fact that the defendants are ex-officials of the Nigerian Bar Association, the court will be granting them a temporary bail,” Justice Dada said.

The judge also ordered the defendants to submit their international passports to the court registrar pending the determination of Thierry bail condition.

The case was then adjourned till June 3, 2019, for hearing of bail application and opening of the prosecution case.