Home » International » ALLEGED MURDER: I will not be pushed out of office —Lesotho PM 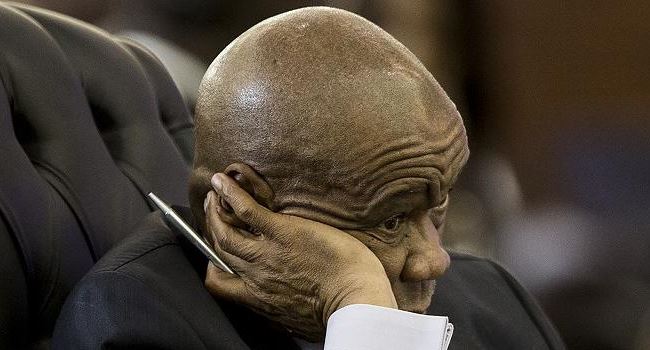 Scandal-hit Prime Minister of Lesotho, Thomas Thabane who is accused of murdering his estranged wife has declared that he will not be pushed out of office until he is ready to leave.

Mr Thabane told a popular newspaper on Thursday that nobody had the right to set the time for his departure, despite a government pledge to give him a dignified exit.

The 80-year-old prime minister has been under pressure to step down over suspicions he was involved in the murder of his estranged wife three years ago.

His current wife has been charged over the killing. Some members of Mr Thabane’s own party say they want him to go immediately.

Three days ago, Thabane was offered a ‘dignified’ exit from power as he has been ordered to resign immediately.

Reports say the deal brokered with the help of South African mediators is said to promise the prime minister a “dignified and secure” exit from office but it is not clear if Thabane will agree to stand down immediately, as the deal stipulates.

A joint statement, signed by South African mediator Jeff Radebe and Lesotho Deputy Prime Minister Monyane Moleleki said: “The coalition government of the Kingdom of Lesotho commits to affecting the implementation process or modalities for the dignified, graceful and secure retirement of the right honourable prime minister.”

Mr Radebe later told journalists on Monday that although Mr Thabane had pledged to step down in July, the timeline stipulated in the deal was “immediate”.

“There are one or two issues that need to be traversed in order to ensure that all political parties are of the same mind in terms of speeding up that parliamentary process,” he added.