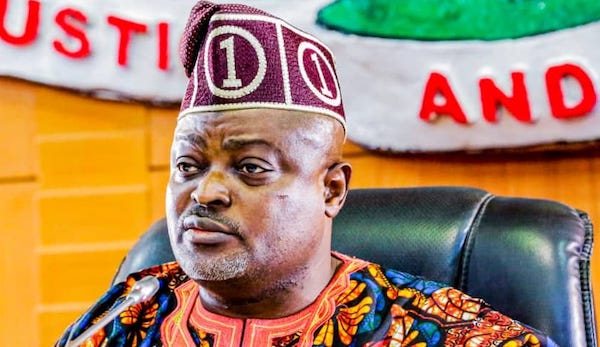 An anti-corruption advocacy group, the Human and Environmental Development Agenda (HEDA) on Sunday faulted the composition of the panel of inquiry put in place by the Lagos State House of Assembly to probe the corruption allegations against its Speaker, Mudashiru Obasa.

In a statement issued by its Chairman, Olanrewaju Suraju, the advocacy group argued that the allegations against the speaker were criminal and should be handled by the Economic and Financial Crimes Commission (EFCC).

Obasa had on Saturday appeared before the panel to defend himself on the allegations that least 64 bank accounts were discovered and linked to his Bank Verification Number (BVN).

The accounts, according to the petitioner, were registered with various names to siphon public funds.

Speaking on the matter, HEDA said the House panel could not reach a just outcome as it allegedly comprised of Obasa’s cronies.

The group described the proceedings of the investigating panel as a shenanigan, designed to arrive at a predetermined outcome.

The statement read: “The panel set up by the Lagos State House of Assembly is made up cronies of the Speaker. There is no way justice will be delivered to the people of Lagos, whose resources Obasa was said to have pillaged.

“Under the principle of fair process, the House is unfit to be a judge in its own case by constituting a committee to investigate allegations of crime against it.

“The Speaker cannot constitute a committee of his loyalists, many of whom have defended him on these allegations through the vote of confidence passed on him and expect any iota of seriousness or credibility attached to the committee or its recommendations. This simply goes without saying.

“The allegations against the Speaker are criminal in nature and completely outside the parliamentary power of the Assembly. We have directed these petitions to the appropriate law enforcement agencies for their actions. It would be honourable for the Assembly to allow these agencies to discharge their statutory responsibilities of investigating this matter.”