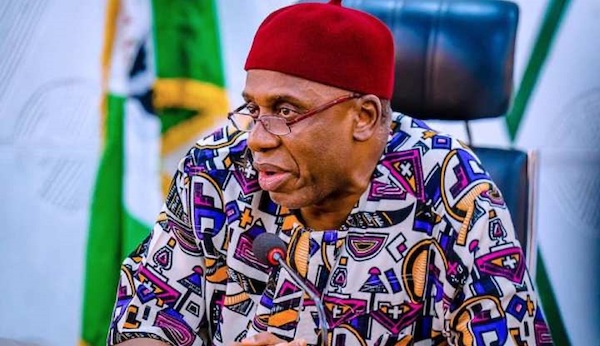 The Minister of Transportation, Rotimi Amaechi on Saturday dispelled reports that he was responsible for the suspension of the Managing Director of the Nigeria Ports Authority, Hadiza Bala-Usman.

According to Amaechi, Bala-Usman’s suspension was authorized by the Federal Government in order to enable an unbiased investigation of alleged financial impropriety.

The Minister made this clarification via an interview on AriseTV on Saturday.

He further noted that he does not have the unilateral wherewithal to suspend Bala-Usman.

Amaechi said: “I did not suspend Bala Usman. I am not the President of the country and I don’t have such power to have suspended her. I must say that such power only rests with the president. I am not aware that Hadiza was suspended.

“What happened was that she was asked to step aside to enable investiga­tion on the NPA and not on her. At the conclusion of the investigation all the re­ports will be forwarded to the president who will de­cide on the way forward.”

On the status of the in­vestigation panel set up, Amechi said, “I don’t have information on when the panel will conclude its in­vestigation. It is headed by the Director of Maritime Service.

“The Office of Head of Service of the Federation contributed six persons, including auditors and accountants, while the Minister of Transport brought just five persons, out of the 11 persons con­stituted to investigate the activities of the NPA from 2016 to date.”

Amaechi also disclosed that the NPA, as a whole, is under investigation by the authorities.