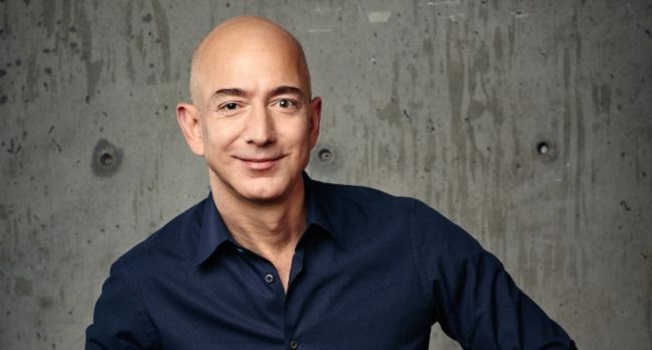 Jeff Bezos the world’s richest man and founder of Amazon.com says he is the target of an extortion and blackmail effort championed by the owner of National Enquirer- a US gossip magazine.

According to Bezos, the owner of National Enquirer through its parent company, American Media Inc (AMI) threatened to publish intimate pictures of him unless he backed off an investigation of the tabloid on how they had obtained his private messages.

Mr Bezos posted an email on his blog he said had been sent to his intermediaries by AMI’s representatives threatening to publish “intimate photos” of him and his lover, former TV host Lauren Sanchez.

The tech freak who also owns the Washington Post newspaper, said AMI had wanted him to make a “false public statement” that the National Enquirer’s coverage of him and his mistress was not politically motivated.

According to emails included by Mr Bezos in his blog, an AMI lawyer proposed on Wednesday that the photos would not be published in return for a public statement “affirming that [Bezos and his team] have no knowledge or basis” to suspect such a motive.

Bezos said that the Enquirer wanted him to make a false public statement that he and his security consultant, Gavin de Becker, “have no knowledge or basis for suggesting that AMI’s coverage was politically motivated or influenced by political forces.”

“Rather than capitulate to extortion and blackmail,” wrote Mr Bezos, “I’ve decided to publish exactly what they sent me, despite the personal cost and embarrassment they threaten.”

Report say hours after Mr Bezos and his wife Mackenzie said they were divorcing last month, the magazine published details, including private messages, of an extramarital affair with TV host Sanchez which sources say was the reason his marriage hit the rocks.