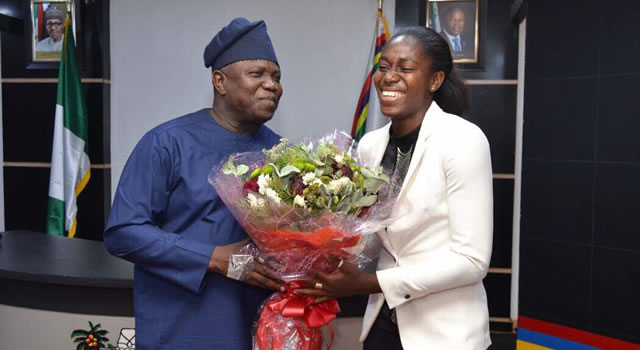 The current African Women’s Footballer of the Year went on Twitter to express her delight in a tweet posted along with a picture of her reception in a Lagos office.

Oshoala, who helped Nigeria to the 2016 African Women Cup of Nations title in Cameroon, also helped her club to the title as the highest goal scorer in the Chinese Women League this season.

With a total of 12 goals, Oshoala also helped her side win the Chinese Super Cup.