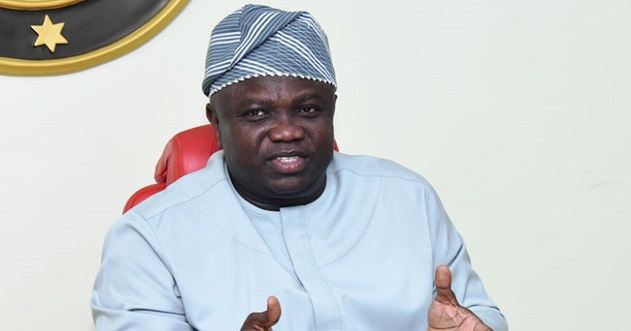 Former Lagos Governor, Akinwunmi Ambode, has obtained a court order asking Lagos Speaker Mudashiru Obasa and members of the committee probing him to appear before it on Wednesday.

Justice Y.A. Adesanya of the High Court Ikeja, summoned them to appear before him at 9am on Wednesday over the ongoing probe of 820 buses procured by the Ambode administration.

The court summon falls on same date the state assembly had asked Ambode to appear before it, according to an advertised invitation.

Yetunde Adesanya, the chief judge, gave the order on Tuesday after an ex-parte motion was moved by Tayo Oyetibo, Ambode’s lawyer, in a suit against the assembly.

According to the statement of claim before the court, the ex-governor said the procurement of the buses was well captured in the 2018 appropriation bill which was duly approved by the house.

“Part of the items authorized by the Bill under Capital Expenditure was: “LAGBUS Public Transport Infrastructure (MEPB); Part financing of 820 buses” which was item 8 under schedule 1- Part C of the Bill.”

Ambode denied receiving any letter from the state assembly, alleging that the lawmakers were biased against him based on their pronouncements on the floor of the house without hearing his side.

He is also seeking an injunction restraining the defendants “whether by themselves, their servants, agents and or representatives from representing or continue to represent to the public” that he procured 820 buses in breach of budgetary approval.

The judge fixed Wednesday, October 30, for hearing of motion for interlocutory injunction.