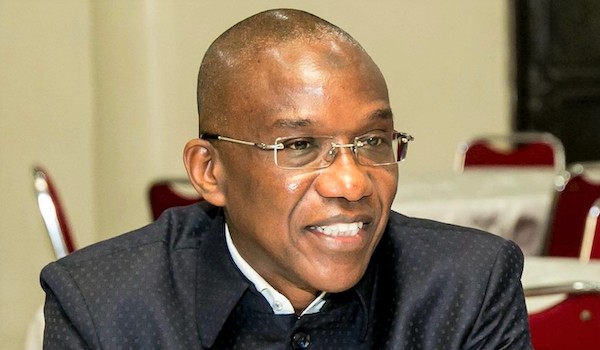 The exposure of the Asset Management Corporation of Nigeria (AMCON) to the central bank might balloon by as much as 75 per cent from N4 trillion to N7 trillion by 2024 given the current pace of inflation in the country, the corporation said.

“There is a dire need for all sister agencies of the Federal Government of Nigeria to join forces to ensure that the economic saboteurs who intend to cripple the banking sector before AMCON was set up are compelled to repay the humongous debt that is weighing down the Nigerian economy,” Ahmed Kuru, its managing director, said in a statement issued by the agency on Sunday.

State-owned AMCON, which buys bad debts in the portfolio of banks right from inception in 2010 in a bid to achieve stability in the financial system and also pursues recovery from the borrowers, has stepped up its stepped up its debt recovery plans more fiercely through arbitration lately.

Hydro Hotels, Jafbal Enterprises and Northrich Technologies number among the prominent firms, whose assets AMCON has confiscated between August and now.

Kuru told a conference of appeal court judges his agency’s difficulty in recovering debts of over N5 trillion could have adverse implications for its running, the statement said.

The AMCON chief commended the judiciary for the AMCON Task Force unit set up in the four division of the court of appeal to expedite the arbitration process of AMCON appeals.

Monica Dongban-Mensen, president of the Federal Court of Appeal, alongside R.P. I Bosimo, the National Judicial Institute administrator, avowed the necessity for the judiciary to value the significance of speed in justice dispensation with regards to AMCON’s suits.

“The role of the judiciary in the execution of AMCON mandate cannot be overemphasised. This is understandable considering that the distinguished bench is indispensable to the realisation of the enormous powers conferred on the corporation by the AMCON Act.

“It is through these interactions that the judiciary will be sensitised on the complex role AMCON plays at ensuring the sustenance of the financial system stability in Nigeria,” Justice Bozino said.
“The level of financial stability currently enjoyed in the country is solely attributable to the role played by AMCON in offloading toxic portfolios from the balance sheets of banks thus enabling the banks to perform their intermediating role in the macro-economy,” he added.