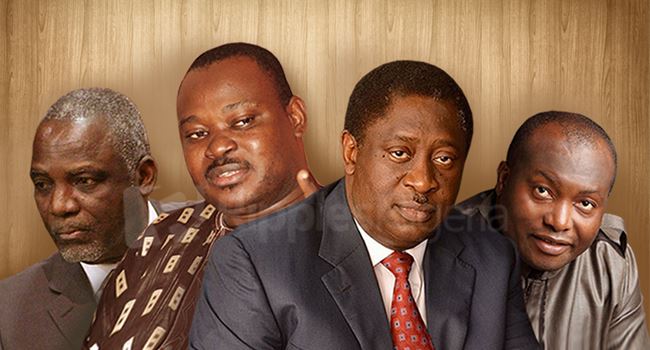 Like democracy, business is failing in Africa’s most populated country, Nigeria. This is not ill-stating, neither a taunt to paint the nation in the red before investors; it is a fact and Nigeria must face it. How does one explain trillions of naira, enough to restructure the education sector, invested into businesses seemingly unyielding?

Last month, after several soft speaking(s) and exchanges which didn’t help matters, the Asset Management Corporation of Nigeria (AMCON) took action, published names of debtors who once received capital to establish or run businesses on agreed terms to service their debts as required.

The recent move by AMCON to publish names of its debtors has generated reactions not only amongst the elites but also the masses at the grassroots. Whilst some considered it as ill-fated, another percentage sees it as a necessity.

Regardless of what some say labeling this publishing of names as embarrassing, the point we must all come to agree with is that these debtors understood terms and conditions binding the credit facility they signed and acquired. Every business person understands that anything in the nature of credit facilities where interest and time are factored in for repayment is like borrowing trouble. Hence, AMCON’s decision to publish should never be perceived as witch-hunting.

If anything, the commission should be seen in the light of attempting to come out clean while ensuring that it is accountable and transparent enough to be audited at any given time.

Facts to bear in mind

Borrowing and not meeting up with the terms as with the case of these debtors, pits the power of the government to assist more businesses and entrepreneurs, to scale. It is sufficient to conclude that the goal in mind for setting up the commission has been fundamentally defeated. With billions of naira not refunded, the economy is at the receiving end. Where this is leading Nigeria into, if not checked, is more economic instability.

Largely, existing instabilities in the country is enough problem to keep the government on its toes to tackle. Having to deal with debt crisis emanating from logistics and defaulters will only add to already established challenges.

As a matter of fact, economists see this as a sheer waste of capital resources.

Also, that some listed debtors are politicians betrays public trust. With so much corruption playing out in the political scene, it is enough to assume that some of these debtors, perhaps, have deliberately attempted to avoid paying back. Nigerians can only imagine what a N5 trillion is capable of fixing when judiciously invested to scale up promising sectors like technology or education.

Running a successful business can be challenging, especially in a country like Nigeria, where a long list of factors can suffocate its success. This ranges from bad feasibility study before going into business to basic environmental factors. While these debtors should be held responsible, we can as well hold AMCON, the lender, responsible in the event that business proposals put forward can be faulted.

That the government, despite struggling in itself to survive, funded supposed failed businesses or mischievous debtors calls for common concern. Hence, while it is a welcomed idea to publish names of these defaulters, AMCON must not stop there. This is merely a step that must be tied to actions towards fund recovery.

And, aside the move to recover the fund by setting up a special task force by the federal government, the commission must move on to look into critical factors that played out and led to frustrate its efforts. The commission must equally observe and study the trend to avert future reoccurrence as cases of debt defaulting come with relative patterns. The presidency should know that it is not enough to set up panels, if businesses must be seized or assets liquidated to refund debts; government should not delay in taking actions.

AMCON Chairman, Dr. Muiz Banire, must initiate action to publish business proposals submitted by these debtors that initially afforded them the credit facility. This will speak to transparency, and the public can better ascertain on whose table the blame should rightly be placed.