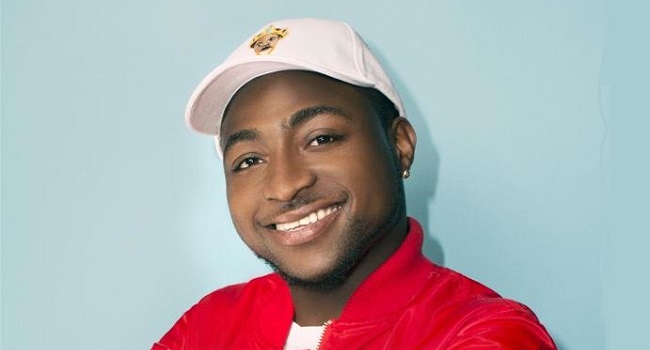 American basketball team, Washington Wizards was forced to properly introduce Nigerian singer Davido during a game after some of their fans denied knowing the ‘Skelewu’ crooner.

Davido who was a spectator at the NBA clash between the Washington Wizards and Cleveland Cavaliers at the Capital One Arena, Washington DC last week was given a VIP recognition during the game with a video posted on Washington Wizards Instagram page showing his presence.

Moments after the post was shared on Instagram, many fans of the basketball team denied knowing who Davido was, while others were surprised to find out that the singer has over 15 million followers on the social media platform.

Some of the reactions of the fans who saw the Instagram post by Washingto Wizard are captured below;

@Nickpalastro “Truly never heard of this Davido guy and he has 15 million IG followers.”

@Mitch.bolt “Is it bad that I have no idea who that is.”

@chief.muna.worldwide “Those of you asking who he is? I think it’s time you start traveling, Learn and educate yourselves; a lot of you haven’t left the shores of America.”

@Ohboyilovecrying “Who is he and why does he have 15miliion followers.”

After sieving through the response from its fans, Washington Wizards responded to the comments questioning Davido’s relevance as a musician saying: “This man is an icon.”

The development comes after the 27-year-old singer who has three kids from three different mothers, celebrated his 10th year anniversary in the music industry on Wednesday, February 26.

The singer shared a post celebrating his achievement on the popular micro-blogging platform; Twitter applauded his success in the industry from his first hit song Dami Duro to his last hit track ‘Blow My Mind’. 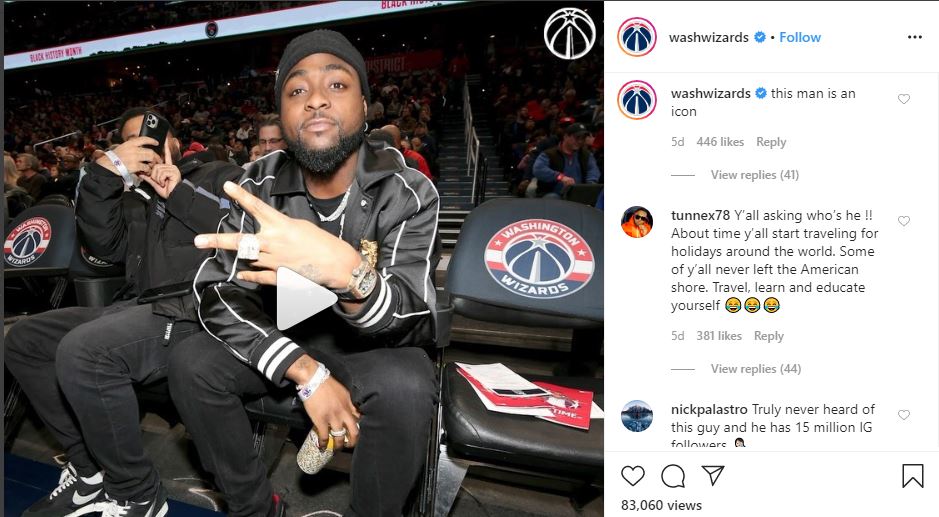