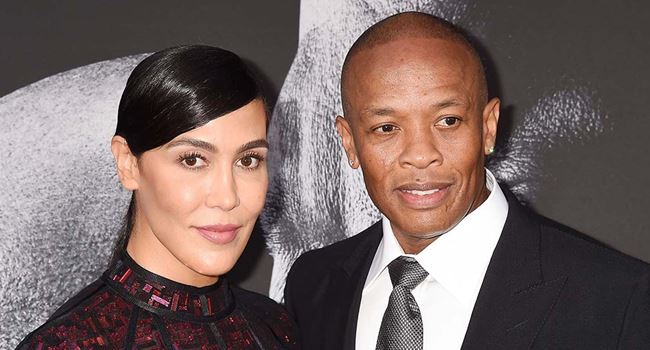 American music producer and rapper, Dr Dre, real name Andre Young is suing his estranged wife, Nicole Young for allegedly embezzling funds from one of his recording studio companies identified as Recording One.

The Recording One music studio is located in Los Angeles’ Sherman Oaks neighborhood, according to legal filings.

Dre’s lawsuit was filed after the judge overseeing his divorce ordered him in July 2021 to pay nearly $300,000 per month to his ex in spousal support for the foreseeable future.

The legal filings indicate that Recording One was formed in 2015 to operate as a recording studio.

Both Dre (who was born Andre Young) and his then-wife were in charge of ‘maintenance and control’ of the studio assets, and Recording One claims that Young was in charge of writing charges and transferring money for the business.

The studio contends that she ‘decimated’ its bank accounts by withdrawing $353,571.85 in the early stages of her divorce from from Dre, which she filed for in June of 2020.

Nicole could find herself in serious legal trouble if the studio’s allegations are found to be true.

The business accuses her of violating Penal Code 496, which states:

‘Every person who buys or receives any property that has been stolen or that has been obtained in any manner constituting theft or extortion, knowing the property to be stolen or obtained, or who conceals, sells, withholds, or aids in concealing, selling, or withholding any property from the owner… shall be punished by imprisonment in county jail for not more than one year.’

The estranged couple, who both got married on May 25, 1996, have two adult children together: son Truice and daughter Truly.

BBNaija Shine Ya Eyes: Top 5 talking points of the week