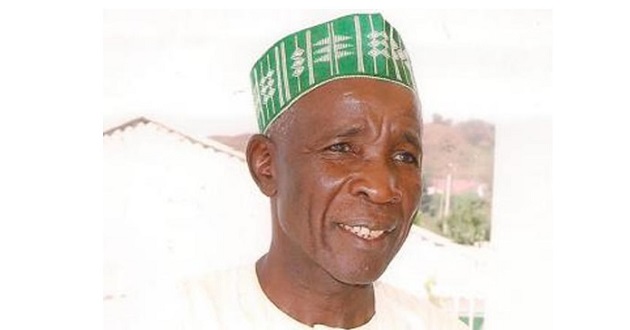 The Peoples Democratic Party, PDP, has demanded that the Department of State Services, DSS, release the detained Alhaji Buba Galadima, who was arrested by the operatives of the secret police on Sunday.

The party made the demand in a statement signed by its national chairman, Prince Uche Secondus, on Sunday.

Secondus, who condemned the arrest, insisted that Galadima did not commit any offence to warrant his arrest.

“I call for the immediate release of Mr. Buba Galadima by the Department of State Security, even as I remind the DSS and other security agencies, that their oath of allegiance was sworn to Nigeria and not to the All Progressive Congress or President Muhammadu Buhari.

“We as a party condemn this arrest in the strongest possible terms. Buba Galadima is a patriot. His patriotism has been previously and strongly highlighted by various Nigerians, including President Muhammadu Buhari.

“What crime has he committed? I answer my own question and say none. Mr. Galadima is constitutionally guaranteed a right of freedom of speech and freedom after the speech.

“The nation is currently boiling with the deaths caused by thugs of the All Progressives Congress, APC. Not one of these thugs has been arrested by the DSS. The nation was embarrassed by drone images of bullion vans laden with cash driving into the home of the National Leader of the APC and no action has been taken by the law enforcement authorities. Yet a patriot and pro-democracy activist is arrested.

“We cannot be hoodwinked by the puppeteering of the DSS by the APC. It is obviously no coincidence that the APC Presidential Campaign Council called for the arrest of Mr. Galadima at 12 noon today (Sunday the 24th of February, 2019) and the arrest was duly effected by the DSS an hour later,” Secondus said in the statement.

Continuing, Secondus vowed that Nigerians will not be cowed by the Development.

“Nigeria will not be cowed. We have voted for democracy and as a nation, we will not be taken back to Egypt by the discredited blame centred anti democratic forces who have turned a once thriving economy into the world headquarters for extreme poverty”, he said.

The spokesperson for the Buhari Campaign Organisation, Festus Keyamo, had earlier called for the arrest of Galadima in a statement, accusing him of a plan to “release fake presidential result ahead of INEC, plans to mobilise hoodlums for choreographed protests.”

He said, “Our information is that they aim to create crises and confusion that will lead to Alhaji Atiku Abubakar claiming victory in a day or two from today ahead of the official announcement of the results by INEC.”

Keyamo added, “Then, what would follow will be some carefully choreographed protests by pockets of hoodlums in some parts of the country.

“The ultimate aim is to curry the sympathy of our foreign friends and push us to the Venezuela situation.”

There has been no official confirmation of the arrest.