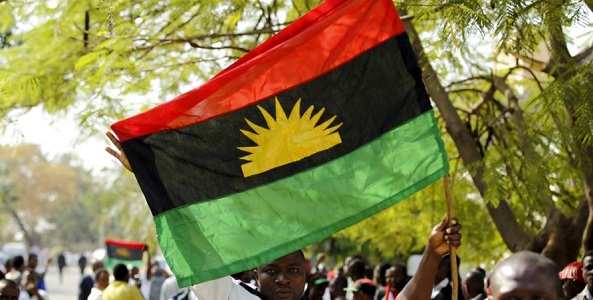 Nigerians from South East and South-South residing in the Northern parts of the country, have been asked to leave the region and return home.

The call was made by the Biafra Nations Youth League (BNYL) in a statement its chief press secretary, Comrade Kufre Obot, made available to newsmen on Thursday.

The group was reacting to the recent call by Northern Elders Forum (NEF), and Coalition of Northern Groups (CNG) asking Fulani people in the South to leave the region and return to the North.

It also hinged its call on the July 30 ultimatum earlier handed to governors of the South, by CGN, to either accept the now suspended Ruga project or face their next line of action.

In its statement, BNYL said South East and South-South people living in the North should return home to avoid being killed after the 30th July ultimatum by CNG.

“We met at a closed door today after reading the statement from northern elders and their CNGs, we resolve to equally call on the Igbo, Efik-Ibibio, Ejagham, Ogoni, Uhrobo, Ijaw and other tribes from the South south to return home before the 30th ultimatum only if their life is more precious to them than their Business, they should return and at least observe if the ultimatum is a joke or not before concluding,” BNYL statement read in part.

While the Biafra group said it will never tolerate killing of any easterner in the North, it described the call for Fulani to leave the South as a signal.

“We are ready to face it in whatever ways they want,” BNYL added.

READ ALSO: Northern elders have no right to ask herdsmen to leave the South- Buhari

This is coming just as prominent Nigerians and groups have continued to caution against such speeches capable of throwing the country into crisis.

Recall that President Muhammadu Buhari had already condemned NEF’s call for Fulanis to quit the South and said that such calls should be ignored.

Also, leaders of Afenifere, Ohanaeze Ndigbo, Middle Belt Forum and Niger Delta have all condemned the call by NEF.