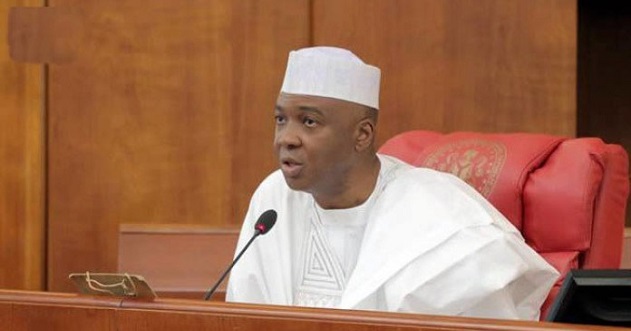 The leadership of both chambers of the National Assembly are scheduled to meet in an emergency meeting on Tuesday.

The emmergency meeting was called by the President of the Senate and Chairman of the National Assembly, Dr. Bukola Saraki.

The meeting, holding at 12 noon, according to reports, will discuss the letter of President Muhammadu Buhari on the proposed sum of N164 billion to be provided for through virement or supplementary of the 2018 budget and the proposed N242 billion budget for the 2019 general elections.

Reports also have it that after the emergency meeting, the leadership of the National Assembly will also hold a meeting with the Independent National Electoral Commission (INEC) by 1pm.

Both chambers of the National Assembly are currently on recess and there have been calls for them to reconvene so as to attend to pending issues before them, chief among which is the budget for the 2019 elections.

The resumption is also coming at a time there have been reports that there are plots, especially by the presidency to unseat, a number of principal officers of the legislature, chief among whom are Saraki and the deputy Senate President Ike Ekweremadu, in view of recent defections by some senators and House of Assembly members.

In a related development, the presidency has said that the country might face total government shutdown if the National Assembly does not reconvene urgently.

This was stated by Senior Special Assistant to the President on National Assembly Matters (Senate), Senator Ita Enang, while addressing State House correspondents in company of Senate Majority Leader, Senator Ahmed Lawan, shortly after a closed-door meeting with Acting President Yemi Osinbajo on Monday in Abuja.

Both men were in the State House to brief the Acting President on the situation in the Senate.

They also expressed the urgent need for the National Assembly to reconvene immediately and pass the virement and supplementary budgets requested by President Buhari.

“We are still appealing to the National Assembly to reconvene. You remember that we passed the budget with the understanding that a great amount of the money will be sourced from foreign loans.

“Although it was approved that there would be a loan, the amount that would be sourced was not approved.

“The Fiscal Responsibility Act requires that the President specifically state the amount he wants to get from foreign loans and present it before the National Assembly.

“That letter has been presented before the National Assembly and it has to pass that amount before it could be obtained from the foreign financing institutions.

“This is what we are asking, but if it does not happen in the next few months, we risk a complete government shutdown because what we are receiving from the Federation Account as Federal Government share — the capital component — is not enough to sustain even 15 per cent to 20 percent of budget.

“So, there may be a complete government shutdown and I know Nigerians will not like it. That is why we are appealing to the National Assembly to reconvene”, Enang stated.

Defection to APC won’t save anyone from prosecution— FG