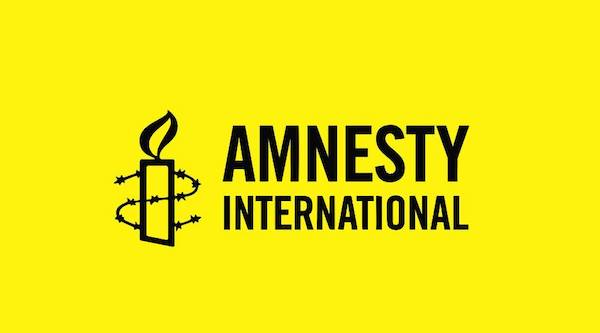 Rights watchdog, Amnesty International, said at least 38 #EndSARS protesters were killed by security agents in various parts of the country on Tuesday.

In a statement issued on Wednesday by its Country Director in Nigeria, Osai Ojigho, the group alleged that 12 persons were killed in the Lekki and Alausa areas of the state.

According to Amnesty, like in previous killings, security agents hid some of the protesters’ corpses.

It said 56 people had been reportedly killed since the #EndSARS protest began last week.

The rights watchdog urged the Federal Government to investigate the killings.

The statement read: “An on-the-ground investigation by Amnesty International has confirmed that the Nigerian Army and police killed at least 12 peaceful protesters yesterday (Tuesday) at two locations in Lagos.

“The killings took place in Lekki and Alausa where thousands were protesting police brutality as part of the #EndSARS movement.”

Amnesty said evidence gathered from eyewitnesses, video footage, and hospital reports confirmed that between 6.45 p.m. and 9:00 p.m. on Tuesday, the Nigerian military opened fire on thousands of people who were peacefully calling for good governance and an end to police brutality.

It added: “Witnesses at the Lekki protest grounds told Amnesty international that soldiers arrived at about 6:45 p.m. local time on Tuesday evening and opened fire on #EndSARS protesters without warning.

“Eyewitnesses at Alausa protest ground said they were attacked by a team of soldiers and policemen from the Rapid Response Squad Unit at about 8:00 p.m., leaving at least two people dead and one critically injured.

“Opening fire on peaceful protesters is a blatant violation of people’s rights to life, dignity, freedom of expression, and peaceful assembly.  Soldiers clearly had one intention – to kill without consequences.”

Related Topics:AmnestySecurity Agents
Up Next

A new dawn for Nigeria