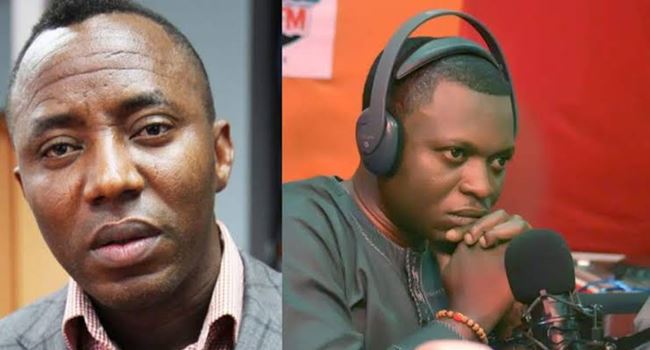 Amnesty International has declared the convener of #RevolutionNow protest, Omoyele Sowore, his compatriot, Olawale Bakare and a journalist, Agba Jalingo as prisoners of conscience.

It said the men were facing ongoing arbitrary detention and unfair trials for exercising their right to freedom of expression.

Ripples Nigeria had in an exclusive report, examined cases of some Nigerians whose travails, arguably, appear to qualify them as prisoners of conscience.

The report analyzed how both the Federal Government and some state governors appeared to be in competition over how to silence perceived vocal opponents allegedly misleading the public.

Cases looked into included that of a former National Security Adviser (NSA) Sambo Dasuki, Shiite leader Ibrahim El-Zakzaky, Sowore and Bakare among others.

READ ALSO: Are these Nigeria’s emerging class of political people who are prisoners? And, is the presidency in panic mode?

Similarly, Programmes Manager, Amnesty International Nigeria, Seun Bakare, said, “We consider Sowore, Jalingo and Bakare to be prisoners of conscience detained solely for exercising their human rights. The Nigerian authorities must drop all charges against them and release them immediately and unconditionally.”

He added, “Sowore, Jalingo and Bakare’s continued detention is a matter of shame for Nigeria. Their cases show just how far the authorities in Nigeria can go to silence their critics.

“The government of President Muhammadu Buhari needs to stop filing bogus and politically-motivated charges against critics, and start listening to what they have to say.”

The AI also asked the authorities to stop using the security agents and judiciary as a tool for persecuting people who voiced dissenting opinions, challenged abuse and call for accountability.