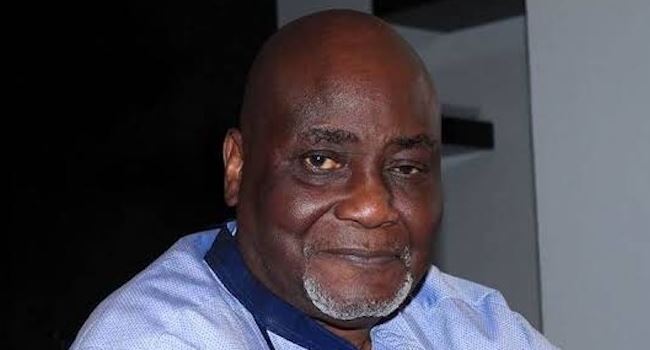 An alleged plot to reinstate suspended Prof. Charles Dokubo as the Coordinator of the Presidential Amnesty Programme (PAP) has forced some Niger Delta youths to pen a protest letter to President Muhammadu Buhari.

The aggrieved youths under the aegis of the Niger Delta Patriotic Youths (NDPY), charged the Federal Government to make Prof. Dokubo to instead address numerous allegations of corrupt practices that marred his time in office.

The NDPY in a statement by its President, Timi West, on Wednesday said that Dokubo showed lack of capacity while at the helm of affairs and any attempt to bring back the suspended coordinator would destroy the amnesty programme.

West also waved aside threats made by faceless groups in the Niger Delta region who are threatening to resume hostilities, if Dokubo failed to return as the Coordinator of the Presidential Amnesty Programme.

He said: “We also want to assure President Buhari that we will continue to sustain the peace. We urge the Presidency to discountenance any sponsored threat by some faceless groups to resume hostility in the region. It is an empty threat by paper tigers. This is part of the desperate measures adopted to bring back the suspended amnesty boss.

“There is need to bring someone, who knows the pains and aspirations of the Amnesty beneficiaries on board because as we speak over 10,000 youths, who surrendered their arms and embraced the olive branch are roaming the streets.

”Our belief is that if a person with a background from the trenches like an ex-agitator is appointed the coordinator, he can salvage the programme.

“We demand for the appointment of an ex-militant leader as a new coordinator of the Presidential Amnesty Office to carry out the mandate of the amnesty programme such as skill acquisitions, educational training and other empowerment programmes,” West added.