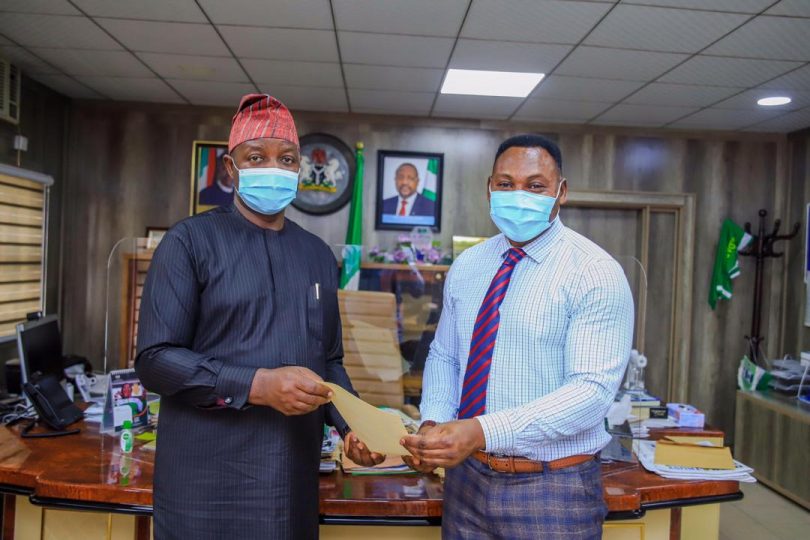 Nigerian Football Ambassador, Daniel Amokachi, has bagged another appointment as the Special Assistant on Sports to Nigerian President, Muhammadu Buhari.

His new appointment takes effect from August 11, 2020, according to the letter dated August 17th 2020 and signed by the Secretary to the Government of the Federation Mr. Boss Mustapha.

“I am pleased to inform you that Mohammadu Buhari , President of the Federal Republic of Nigeria has approved your appointment as Special Assistant on Sports. The appointment takes effect from the 11th of August, 2020,” the letter stated.

As Buhari’s Special Assistant on Sports, Amokachi is expected to advise the President on all sports matters.

The Former Everton of England player, who career was truncated by injury, began playing professionally at Ranchers Bees Football Club in Kaduna, before going on to play for Club Brugge of Belgium, Besiktas of Turkey, and Colorado Rapids in the USA.

The 47-year-old, who represented Nigeria at three FIFA World Cups and won two Nations Cup titles as both player and assistant coach, was thrice voted the third best player in Africa during his playing days.

Amokachi also won Gold in the Football event of the 1996 Atlanta Olympic Games.

Since retiring from active football, he had coached the U-23 national team, served as Assistant Coach of the Super Eagles and coached Nasarawa United.