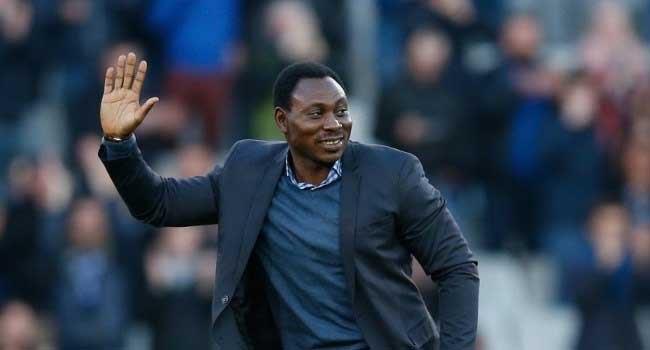 Former Nigeria international, Daniel Amokachi has narrated his experience at the Synagogue Church of all Nations in Lagos, owned by Pastor T.B. Joshua.

The ‘Bull’ as the former forward is fondly called got rejected by several clubs across the globe between 1999 and 2002, and needed help.

Amokachi, who at the time suffered an injury that would later put an end to his football career, said he visited the church in search of healing.

According to the former Everton star, he slept at the pulpit of the church for weeks but his desire was not met.

“I was at the church on invitation of a friend who is a member,” the ex-footballer told Brila FM.

“My friend, at that time, told me about the man of God and that I could meet my miracle if I met with the Pastor.

“At first, I wasn’t giving to it, but I later agreed and flew down to Nigeria from England to see the Pastor.

“I slept by the church’s altar for several weeks to receive healing. I was not healed, but I saw lots of miracles that happened to people.”

Amokachi, Curran Nigeria’s football ambassador, saw his career ended after he left Turkish side Beşiktaş in 1999.

He failed medical test after signing with 1860 Munich and the contract was cancelled.

The 47-year-old former forward had an exciting international career as he was a member of the Nigeria squad at the 1994 and 1998 FIFA World Cups and also won the 1994 African Cup of Nations.

He was also a member of the Atlanta 1996 Olympic gold winners.