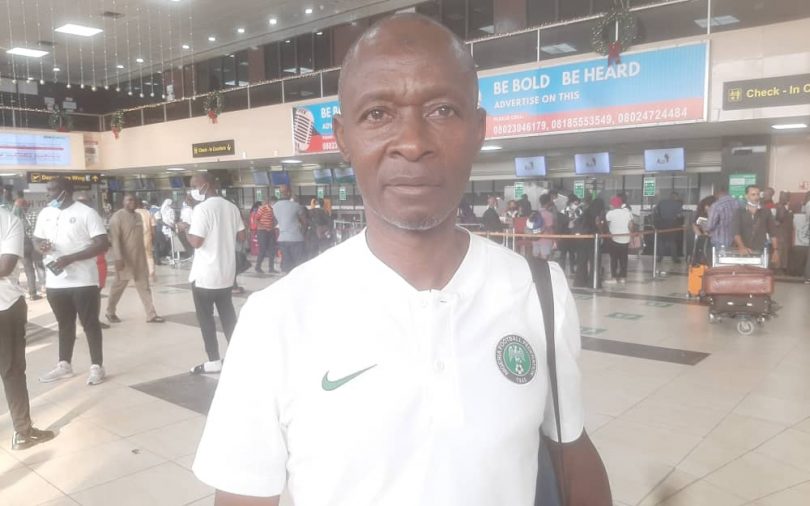 Golden Eaglets coach, Fatai Amoo has called on Nigerians living in Togo and those at home to support his team as they begin their WAFU Cup campaign.

The Eaglets, five-time U-17 world champions, have already landed in Lome, Togo on Tuesday and did a soft workout in preparation for the West African Football Union tournament.

The 37-man Nigerian contingent comprising of officials and players are set to kick off their campaign for regional victory and a ticket for the U-17 Africa Cup of Nations (AFCON).

The Golden Eaglets face the Baby Elephants of Cote d’Ivoire in the opener.

Amoo, who was speaking to the media arm of the Nigeria Football Federation (NFF) after the team’s training in Lome, said the players are fully ready.

“We wanted the players to shake – off the travel stress and get their bodies physically conditioned for the task ahead against Ivory Coast and the focus is to win the game,” said Amoo

“We want Nigerians here in Togo and back home to support the team.

“The players are determined, very eager to learn and we hope for a favourable result against Ivory Coast,” he added.

The Golden Eaglets will face the Baby Elephants on Wednesday.