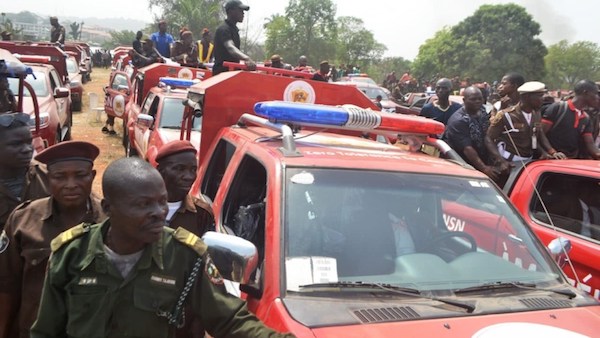 Mr Adetunji Adeleye, the Ondo State Commander of the Amotekun Corps, has rejected accusations that his men clashed with personnel from the Nigeria Army’s 32 Artillery Brigade in Akure over several cows captured for breaking the state’s anti-open grazing law.

On Tuesday evening, there was palpable tension in the Gaga Area of Akure, the state capital, between the personnel of the Nigerian Army’s 32 Artillery Brigade and members of the State Security Network Agency, better known as Amotekun corps.

Residents in the region fled for their lives when they spotted personnel from the two security agencies squabbling, after the Amotekun corps was said to have arrested some cows for alleged violations of the state’s anti-grazing law.

Nonetheless, Adeleye disclosed that the issue had been resolved and everything was back to normal.

He said, “It is a lie, we didn’t have any clash with soldiers. There was no issue between us, there was a minor argument and we have resolved it. Saying we are clashing with each other is not true.”

According to the Governor, Amotekun was not created to be rivals to other security agencies.

He noted that the Amotekun corps could be of immense help to the NIS, adding that the state security agency was familiar with the terrain in the state and could offer assistance on issues of security across the sunshine state.

NIN: Telcos speak as 72.7m subscribers unable to call out