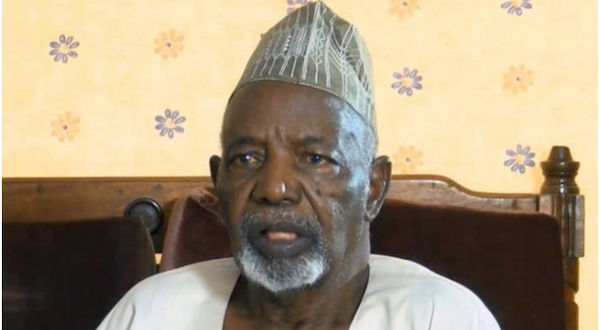 The controversies surrounding the launch of the Western Nigeria Security Network (WNSN), codenamed Operation Amotekun, has taken a new twist, with a former Governor of Kaduna State, Alhaji Balarabe Musa alleging that it is a prelude to the declaration of Oduduwa Republic by the Southwest geopolitical zone.

Balarabe, who spoke in an interview with Sunday Sun, also queried the presence of the Odua Peoples Congress (OPC) and Afenifere, the Yoruba socia-cultural organisation, insisting that the two are secessionists in nature and practice.

“First of all, taking into account what happened in the history of Nigeria, this Amotekun will lead to a declaration of Oduduwa Republic. Look at the composition of those who constitute the organization in addition to the six state governors. There is also the OPC, Afenifere, and others. So, the fear is quite obvious. And this is in spite of the fact that this government is incompetent. Definitely, this government is incompetent. And it is because of the incompetence of this government that this problem has arisen. But let us also not forget that this Federal Government is an alliance between the North and the Southwest. So, why should this happen? Any correction in the set up of the country is possible if this alliance, which controls government in the country can do its work”, he said.
On the legality of Operation Amotekun, the former governor aligned with the Attorney General of the Federation, Abubakar Malami, declaring that it is illegal.

“Oh yes! It is illegal because it contravenes the provisions of the law in the constitution. And unfortunately for them in spite of the intellectual aura of the elite class in the Southwest they couldn’t be articulate because they could have been articulate like the Kano State did in the case of Hisbah. They went through the State House of Assembly. Now, if this Amotekun had been taken through the six state Houses of Assembly before it was formed you could say they have a case in the sense that the state Houses of Assembly are in charge of law making. Secondly, the governor of each state is the chief security officer of his state. So, if you combine this two and enact a law allowing for the formation of Amotekun, they would have gotten it right. But in spite of their articulation they failed to do so, which means it must be deliberate that what they are concerned exactly is an Oduduwa State.

Musa however reasoned that the Southwest governors should have used their partnership with the North in the administration of President Muhammadu Buhari to help improve the police to face the security situation in the country.

He said: “The security situation in the Southwest is not more than it is in other parts of the country, particularly in the Northwest. Even yesterday (last Wednesday) there was the report of the Emir of Potiskum almost losing his life between Kaduna and Zaria as a result of attacks by bandits. Many lives were lost and people were affected. Now, this is the situation in the whole country not only in the Southwest. Now, what they ought to have done in the interest of humanity and national unity is to use their power in government since this is an alliance between their region and the North, to bring about laws, which will make the police more relevant and more powerful. At the moment, the police are not. It is under staffed and they suffer the same thing as other institutions in the country. But then with their power as partners in government they can make the Federal Government to stand and make the police to do their work so much so that we will not have a situation where everybody will be helping himself. For instance, they can use the Amotekun to strengthen the police or better still use their power to see that the Federal Government and Buhari do the right thing. And this annoys everybody. It annoys all of us. The Federal Government is not doing the right thing and it is because they are not doing the right thing that there is this factionalisation. Let them use their political power to make sure the Federal Government does the right thing.”

On the comparison between the Amotekun and Civilian JTF in the Northeast, Musa said the operation of the JTF is supported by the military and state governments, adding that, the Southwest should do what Kano did with Hisbah police.

“Let them work for it. Let them do the same thing that Kano State did in the case of Hisbah. Let them do it. Better still, let them use their political power and I repeat this government is an alliance between them and the North.”

Justifying fears in the North that Amotekun will lead to anarchy, Musa said Nigeria’s history shows that Amotekun is a crisis waiting to happen.

READ ALSO: PDP claims APC plotting to use Supreme Court to take over power in other states. See list

The former governor also called on the Federal Government and all Nigerians to be careful.

“It is not only the Federal Government. All Nigerians should be careful because we all know the history of Nigeria. For example, there is evidence or rather strong indication that before the coup in Nigeria after Aburi, the stand of the West was that if the East goes, the West will follow. Of course, it happened the East went and declared Biafra, but the West didn’t follow. But events showed that historically, the reigning elite in both the Southeast and the Southwest had an agreement that because they couldn’t tolerate the dominance of the North and because of the situation now and the self help attitude of the elite class in the Southwest the impression is that their old idea, the original idea with the Southeast was that they will leave Nigeria, and I do not know for what, that idea is still there.

“The impression is that they want to secede because all they need to do is that as a result of the announcement of Amotekun since there is no agreement with the rest of Nigerians if the Federal Government doesn’t do the right thing and the right thing, of course is that the government should be competent to implement policies that will unite Nigeria. It appears that now is not possible. So, with this definitely there is the fear that after Amotekun there will be a declaration of Oduduwa State. Pure and simple”