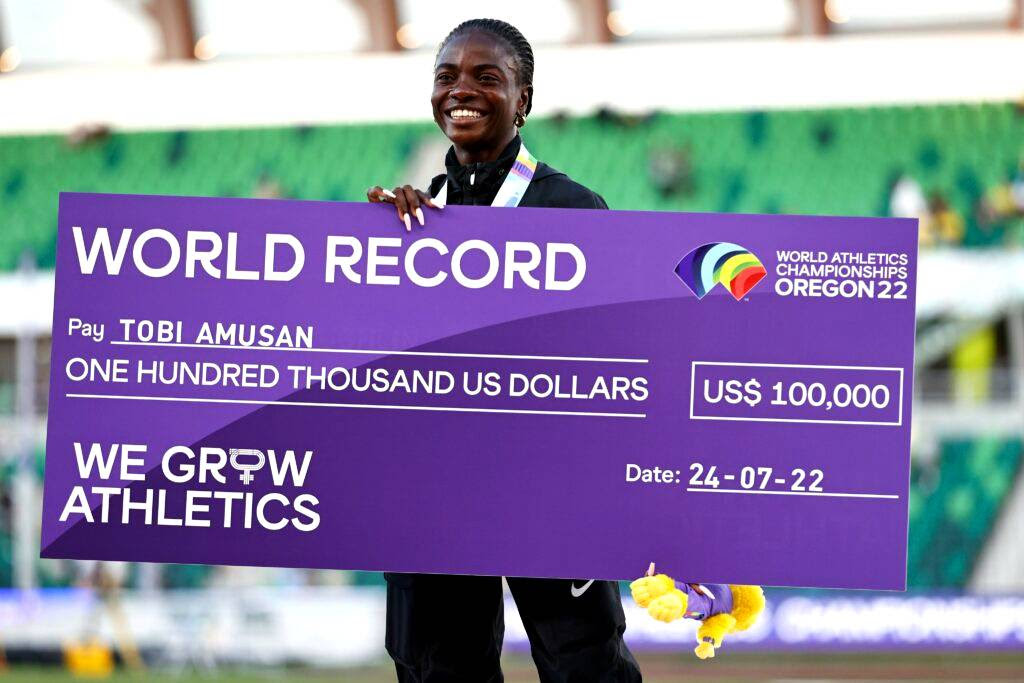 The World Athletics has ratified Tobi Amusan’s world record of 12.12s (0.9) which the Nigerian athlete set at the 2022 World Championship in Oregon USA.

The athletics body made the announcement on their website on Tuesday, officially affirming Amusan as the first Nigerian athlete to hold a world record.

Amusan ran the time in the semi-finals at the World Championship to improve the world record of 12.20s set by USA’s Kendra Harrison in London in 2016.

Aside Amusan, three other world records were ratified by the World Athletics.

The statement read: ”The world records set by Tobi Amusan, Mondo Duplantis and Sydney McLaughlin at the World Athletics Championships Oregon22 have been ratified.

“McLaughlin’s was the first of the senior records to fall at this year’s World Athletics Championships, the US 23-year-old obliterating her own previous world record with a time of 50.68.

“Two days later, during the final session of the World Athletics Championships, Amusan and Duplantis ensured that the event ended on an incredible high.

“After clocking an African record of 12.40 in the 100m hurdles heats, the world was put on notice that 25-year-old Amusan was capable of something special.

“Amusan wasn’t done there, though, and she followed that remarkable performance with a wind-assisted 12.06 (2.5m/s) to win the final.“