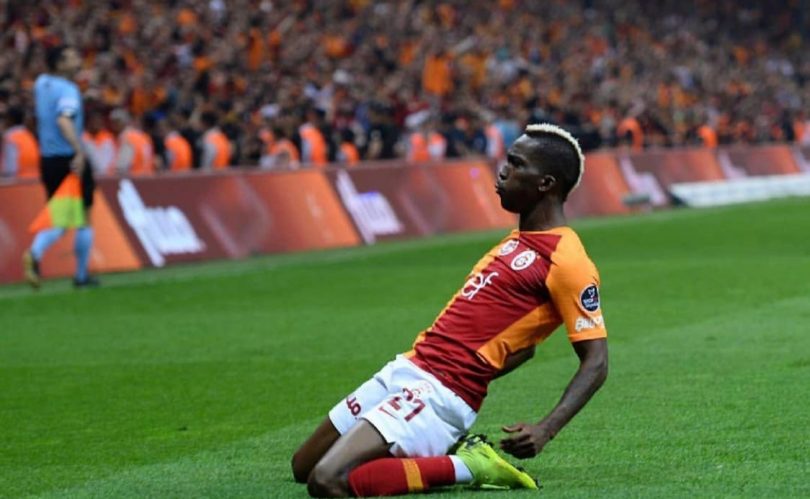 The Turkish giants needed to win to become champions, but trailed to their title rivals in the 17th minute through Rijad Bajic following a pass from Eljaero Elia.

The hosts rallied back and equalised through Algerian midfielder Sofiane Feghouli who scored two minutes after the break.

Onyekuru then scored the decisive goal in the 64th minute to seal the 2-1 victory and hand Galatasaray their 22nd League title.

The triumph means Gala won a double this season, having won the Turkish Cup within the week after defeating Akhisarspor 3-1 in the final.

The goal was Onyekuru’s 14th goal in 30 appearances at the club.

The forward, who is on loan from Everton, termed the triumph an amazing victory and thanked the fans for their support.

“🏆Champions🏆We fought back from 1-0 in a very tough game,” he wrote in a tweet on Sunday evening.

“I am so blessed to have a strong team of lions with me to battle back and God gracing me to score the winning goal in this amazing victory!

It is yet to be official, but according to reports, Galatasaray are looking to strike another loan deal with Everton for the Nigerian forward.

Meanwhile, Onyekuru is expected to join the Super Eagles in camp ahead of the 2019 Africa Cup of Nations (AFCON) billed for June 21 to July 19 in Egypt.