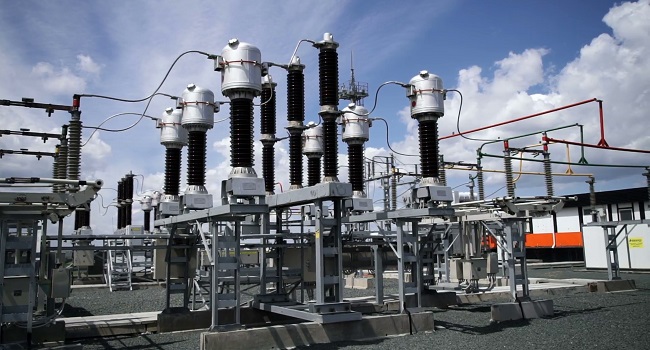 The country’s national power grid experienced a full system collapse on Wednesday morning, May 12, resulting in blackouts across several parts of the nation.

The Transmission Company of Nigeria (TCN) said Wednesday that the country’s national grid experienced a breakdown, with the company confirming the outage through a statement by its General Manager of Public Affairs, Mrs. Ndidi Mbah.

“The TCN hereby states that at about 11.01 a.m today, May 12, 2021, there was a total system collapse of the grid, as a result of voltage collapse at some parts of the grid,” Mbah said in the statement.

The TCN added that it will investigate the cause of the voltage collapse, and “appeals for patience as it works assiduously to ensure full restoration of the grid and consequently power supply to the remaining parts of the country”.

The ever-increasing demand for electrical power in Nigeria, coupled with limited supply, has restricted the nation’s socioeconomic development. The country’s policymakers, aware of this, have formulated and enacted energy development policies in recent years targeted at diversifying the current electricity mix and increasing electrification to rural settlements.

Despite these efforts, electricity infrastructure projects have been side-lined, power outages are common and grid unreliability is costing industry significant amounts to secure the electricity supply necessary for business sustainability and profitability.

The present installed capacity of the Nigerian National Grid (NNG) is about 6000MW, of which about 67 percent is thermal and the balance is hydro-based.

On the other hand, the 132-kV lines fed 91 substations employing transformer with voltage rating of 132/33-kV with a combined capacity of 7,800 MVA or 5,850 MVA at a utilization factor of 75%. The system frequency is 50 Hz. The transmission network is overloaded with a wheeling capacity less than 4,000 MW.

The NNG is characterized by poor voltage profile in most parts of the network, especially in the North, inadequate dispatch and control infrastructure, radial and fragile grid network, frequent system collapse, exceedingly high transmission losses. The NNG is highly stressed and weak, this makes it prone to voltage instability and eventually voltage collapse.

On the Nigerian national grid, the system collapse phenomenon is frequently experienced and often leads to either partial or total system collapse (black out), which greatly impairs the nation’s socio- economic development and industrialization.

System collapse is witnessed when a system disturbance occurs with the grid not being able to withstand the disturbance, which usually leads to a blackout or abnormally low voltage in a significant part of the power system.

The grid suffers collapse due to lack of spinning reserve.
Spinning reserve is the generation capacity that is online but unloaded and that can respond within 10 minutes to compensate for generation or transmission outages.

Although five power stations; Egbin, Delta, Olorunsogo NIPP, Geregu NIPP and Omotosho NIPP are meant to provide spinning reserves, however, none of them currently have actual reserve.

Although the national grid is said to have a production capacity of 12,000MW, the GenCos have been able to produce between 4000MW/5000MW.

A paltry 5000MW is however not sufficient to cater for the country’s 200 million population, as experts have said the country needs a minimum of 30, 000MW to reach sufficiency.

Analyses have revealed an average of 35 collapses in a year with data from the TCN indicating that from November 1, 2013, to December 2020, the number of recorded total grid failures was 84, while the grid partially collapsed 43 times.

The table below further depicts the frequency of system collapse in the 2000s.

The inconvenience and economic cost it inflicts on both domestic and industrial customers is high and unbearable.

The resultant power outages cost the nation an estimated $1 billion per year. Lack of adequate electric power has caused the closure of many industries that rely heavily on adequate power supply. Small businesses and heavy machine manufacturers are severely affected by the abysmal performance of the Power Holding Company of Nigeria (PHCN).

Generally, the citizens are also affected socially, psychologically and physically due to inadequate and unstable power supply.
On the overall, the power sector has contributed in no small way to the stagnation of Nigeria’s economy.

Related Topics:#featuredNigeriapowerPower grid
Up Next