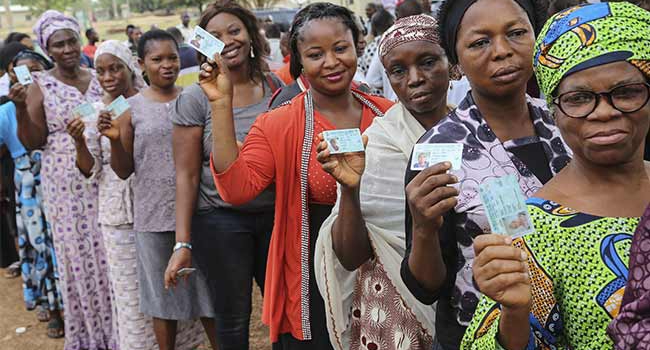 Nigerians must be forgiven for feeling widespread unease as recent events hint at a (possible) rescheduling of the upcoming general elections slated for February 25.

This was after a gloomy prognosis by the Independent National Electoral Commission cast a dark cloud over the timeline of the upcoming polls — the commission had raised concerns, on Monday, January 9, due to the rising threats of insecurity.

It also warned that the forthcoming polls face threat of cancellation if the level of insecurity across the country escalates.

Prof Mahmood Yakubu, the INEC Chairman, who was represented by the Chairman, Board of Electoral Institute (BEI), Abdullahi Abdu Zuru, issued the warning at the validation of election security training resources held in Abuja.

However, Yakubu pointed out that the commission was doing everything possible to ensure that adequate security was provided for election personnel, materials and processes.

The INEC Chairman explained: “We all appreciate the fact that election security is vital to democratic consolidation through provision of an enabling environment for the conduct of free, fair, credible and inclusive elections and thus strengthening the electoral process.

“Consequently, in preparations for the 2023 general elections, the commission is not leaving anything to chance in ensuring that intensive and extensive security is provided for election personnel, materials and processes.

“This is particularly significant to the commission given the current insecurity challenges in various parts of the country and the fact that the National Youth Service Corps (NYSC) members constitute the core of the Polling Unit Election officials.

In a move to assuage the misgivings of the Nigerian populace, the Federal Government assured on Tuesday, January 10, that the general elections will hold as scheduled on February 25.

The Minister of Information and Culture, Alhaji Lai Mohammed, gave the assurance at the 17th edition of President Muhammadu Buhari’s scorecard series from 2015 – 2023 in Abuja.

The Minister said: “Let me use this opportunity to respond to inquiries from the media over a widely-circulated report, credited to an INEC official, that the 2023 general elections face a serious threat of cancellation due to insecurity.

“The position of the Federal Government remains that the 2023 elections will be held as planned. Nothing has happened to change that position. We are aware that INEC is working wth security agencies to ensure that the elections are successfully held across the country.

“The security agencies have also continued to assure Nigerians that they are working tirelessly to ensure that the elections are held in a peaceful atmosphere. Therefore, there is no cause for alarm.

Platitudes asides, the run-up to the elections makes for a grisly reading as INEC, in the last four years, recorded 50 separate attacks on its facilities across 15 states of the federation, meaning that an unquantifiable amount of tax-payers money has gone up in flames.

A breakdown of these attacks shows that in 2019, eight incidents were recorded; 22 in 2020, 12 in 2021, and eight in 2022 and, according to the commission’s classifications, 20 of the attacks were arson, 26 were vandalism while four were a combination of arson and vandalism.

An analysis of these attacks shows a curious case where relatively safe and peaceful regions of the country recorded more attacks than those that are unsafe and volatile with insurgent activities.

Festus Okoye, INEC National Commissioner in charge of Voter-Education, in a 2022 interview, said in the last four years, no single arrest had been made, not to talk of prosecuting anybody, but that those attacks were being investigated by the security agencies.

Considering the grave dangers inherent if the elections were cancelled, all hands must be on deck to ensure that every part of the country is safe in order for every eligible Nigerian to exercise their franchise.

The onus is also on the authorities to arrest and prosecute culprits involved in any sabotage of the electoral process in order to dispel any lingering fear amongst the populace of a conspiracy to scuttle the elections, plunging the country into chaos, in the process.