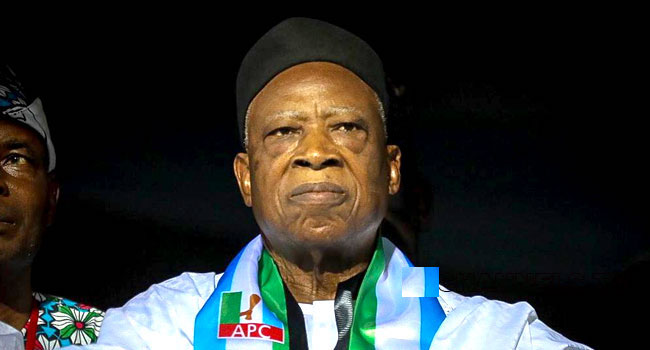 Discontent, defections and the controversies of certificates’ ommission and discrepancies have plagued the ranks of the ruling All Progressives Congress (APC) since the end of its primaries and national convention which culminated in the victory of Asiwaju Bola Tinubu as its presidential candidate.

This situation was perfectly encapsulated by the visit of some disgruntled APC lawmakers to President Muhammadu Buhari during the week, over the outcome of the recently-concluded elections.

Due to this state of malcontent, the majority control of the APC in the Senate is currently under threat as no fewer than 20 APC senators had concluded plans to dump the party.

As a result, party leaders were worried that if the rate of defections continued and the opposition PDP gained more members, the ruling party might lose its majority status in the Senate.

During plenary last week, Senator Dauda Jika representing Bauchi Central, announced his defection to the NNPP, bringing the number of APC senators to 67.

Abdullahi Adamu, the APC National Chairman, waded into the situation by meeting with the lawmakers behind closed doors.

In the aftermath of the meeting, he said, “The meeting with the senators was most fruitful. The issue of defection is an unfortunate development when it happens but this is a season where there are all sorts of behaviour in the political space and ours is not an exception.

“In every election year, this kind of thing gives cause for stakeholders to sneeze and Nigeria is not an exception so is the APC, not an exception. I don’t care about what is happening in other parties, my focus is on the APC. But we all know that the occurrence is not only happening in the APC, it’s happening across other political parties too. And because we are the ruling party, our problems are exaggerated before the public.”

Meanwhile, Buhari in his statement after meeting with some of the aggrieved lawmakers allayed their concerns about the APC electoral process while appealing for calm in order to ensure justice is done in the interest of the party.

“I have noted your grievances particularly as it concerns the just concluded processes. The cost to the nation, the threat to the majority of positions held by our party in the legislative chambers and likely consequent causes to the electoral fortune of the party as we approach the General elections. We must not allow these dire threats to come to pass,” Buhari said.

At the end of the meeting, Orji Kalu, the Senate Chief Whip who led the delegation, described the meeting as successful.

According to him, the issue of “decamping from our party has been laid to rest.”

It is unclear how the president and the party’s national chairman plan to fix the difficulties brought up by the disgruntled lawmakers, notably those who have lost their return tickets, despite their promises to resolve them.

Bola Tinubu, presidential candidate of the All Progressives Congress (APC) for the 2023 general election, has been accused of perjury and irregularities in the documents he submitted to the Independent National Electoral Commission (INEC).

It was discovered last week that Tinubu’s EC9 form, which was made public by INEC, contained no information on the elementary and secondary schools he attended.

He claimed that between 1972 and 1976, he studied at the University of Chicago, earning a B.Sc. in Economics, a B.Sc. in Business and Administration, as well as a certificate in Public Account.

Tinubu, in his sworn affidavit in support of his nomination form, said he “went on self-exile from October 1994 to October 1999 (and) when I returned and discovered that my property including all the documents relating to my qualification and my certificates in respect of paragraph 3 above were looted by unknown persons.”

These challenges bedeviling the ruling party means the 2023 elections is not a foregone conclusion with the major opposition party, the Peoples Democratic Party, aiming to capitalize on any weakness while engaging in a lurid game of propaganda, mud-slinging and misinformation.