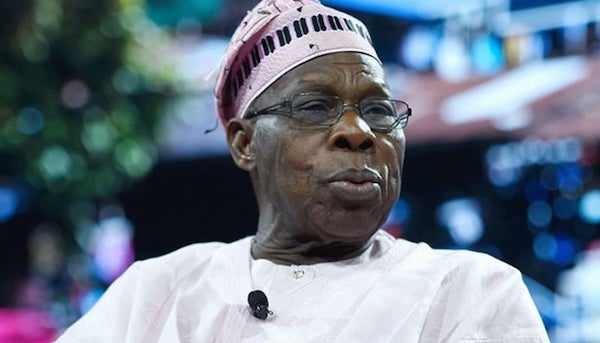 There was a groundswell of angst within the ranks of the two major political parties — the All Progressives Congress (APC) and the Peoples Democratic Party (PDP) — in the aftermath of former President Olusegun Obasanjo’s endorsement of Peter Obi, the presidential candidate of the Labour Party, ahead of the general elections.

Obasanjo, on Sunday, endorsed the Labour Party standard bearer, saying he had an edge over other presidential candidates in terms of knowledge, discipline, vitality and character.

In the 2023 New Year message signed by the former President and made available to newsmen by his aide, Kehinde Akinyemi, Obasanjo described the last seven years of the Buhari administration as horrible and hell on earth for most Nigerians.

The letter partly read, “The last seven and a half years have no doubt been eventful and stressful years for many Nigerians. We have moved from frying pan to fire and from the mountain top to the valley. Our leaders have done their best, but their best had turned out to be not the best for Nigeria and Nigerians at home and abroad. For most Nigerians, it was hell on earth.

“Those of us who are alive should thank God for His mercies, brace ourselves for the remaining few months of this administration and pray and work very hard for an immediate better future – a future of liberation, restoration and great hope and expectation.’’

Obasanjo further slammed the major presidential candidates, noting that Nigeria had been dragged down well below the level it was when he assumed office in 1999.

In endorsing the ex-Anambra State governor, the elder statesman said a suitable presidential candidate must have “a track record of ability and performance; a vision that is authentic, honest and realistic; character and attributes of a lady and a gentleman who are children of God and obedient to God.

“None of the contestants is a saint but when one compares their character, antecedents, their understanding, knowledge, discipline, and vitality that they can bring to bear and the great efforts required to stay focused on the job, particularly looking at where the country is today and with the experience on the job that I personally had, Peter Obi as a mentee has an edge.

Why the furious responses by the APC, PDP?

In separate statements issued by the APC and the PDP, Obasanjo was pilloried by Bayo Onanuga, describing the endorsement as worthless, adding that the former President was a paperweight with no political goodwill or leverage anywhere in Nigeria to make anyone win a councillorship election let alone a presidential election.

“We make bold to say that our party and candidate, Asiwaju Bola Ahmed Tinubu will not lose sleep over Obasanjo’s move, as Obasanjo is notorious for always opposing progressive political forces, as he did against MKO Abiola in 1993.

“The endorsement is worthless because the former president does not possess any political goodwill or leverage anywhere in Nigeria to make anyone win a councillorship election, let alone a presidential election. He is a political paperweight. He is also not a democrat anyone should be proud to be associated with,” the statement reads in part.

In its comments, the Atiku/Okowa presidential campaign organisation rejected former President Obasanjo’s endorsement of Obi, for the February 25 election.

Its spokesman, Kola Ologbondiyan, said Obasanjo’s position did not align with the opinion of Nigerians on the presidential candidates.

“The Atiku/Okowa Presidential Campaign Organisation says the subjective support for the Labour Party (LP) presidential candidate, Peter Obi, by former President Olusegun Obasanjo is his personal wish which does not reflect the opinion or position of the overwhelming majority of Nigerians across the country,” he noted.

As an elder statesman, former President Obasanjo understands the reverberating impact of his political choice ahead of the general elections, and married with the burgeoning popularity of Obi across the youth demographics, the scenario must have sent the APC and the PDP quaking.

This informed the dismissive tone of their statements — nonetheless, any party worth their unions need not fear such an endorsement except their antecedents are nothing to campaign on. Or could it be that the parties secretly fear that Obasanjo’s statement/endorsement carries weight, and may likely influence the voting pattern of many Nigerians?

EFCC under Reps’ spotlight over sale of confiscated properties