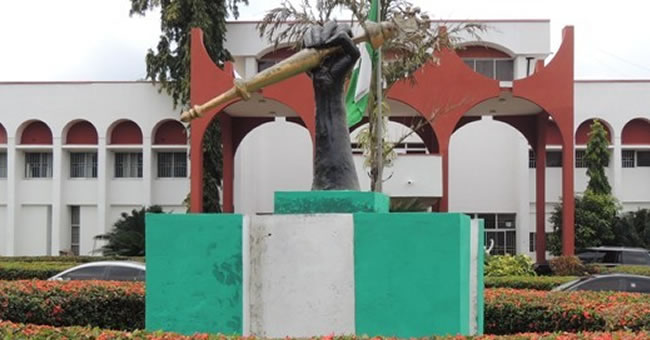 Confusion on Thursday enveloped the atmosphere around the Anambra State House of Assembly as lawmakers and staff of the complex were dismissed by armed policemen who fired teargas.

The house has been in disarray following the impeachment of the Speaker, Rita Maduagwu on Tuesday.

The house went ahead to elect Ikem Usoezie from AgutaIi Constituency as the new speaker.

Hours after the news of her impeachment, however, Maduagwu addressed the press describing the lawmakers that facilitated her impeachment as “rascals” while insisting she remained the speaker of the house.

“They need two-thirds of our members to impeach the Speaker or the governor,” and that since they did not achieve that, “So, I’m still the Speaker”, she said.

The house has remained divided with eleven out of the thirty lawmakers supporting Rita Maduagwu while nineteen are reportedly supporting Ikem Usoezie.

However, today’s trouble started when a lawmaker reportedly mobilised some supposed supporters to the house, allegedly to show solidarity for Maduagwu.

In response, the police mobilized no fewer than 300 men to the assembly area from Alex Ekweme square entrance of the complex as from 8a.m.

They fired teargas to dispel the protesters.

Consequently, the entire environment was filled with tear gas as policemen attempted to wade off everybody in the area.

A member of the house, Mrs. Beverly Nkemdiche, who was affected by the teargas shouted and screamed on end, “They have killed me! I’m a member of the House. Please, don’t kill me…”

Workers in Anambra Universal Basic Education Board, Independent National Electoral Commission and the High Court, all within the assembly area were forced by the police to disembark from commercial vehicles and walk.