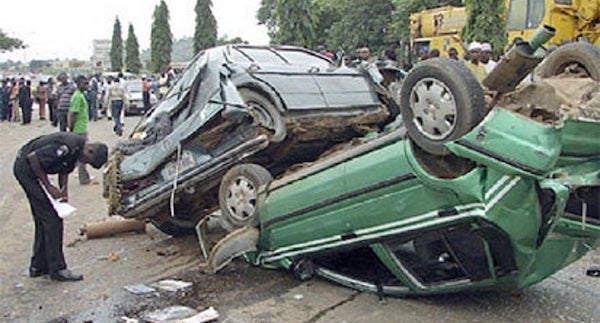 The accident which occurred around 9am, involved 21 persons and five vehicles including a truck, a Toyota Camry, a tricycle, a Mitsubishi and a Mercedes Benz 200 saloon car.

According to the Sector Public Education Officer, Federal Road Safety Corps (FRSC), Pascal Anigbo, the accident occurred as a result of Speed Limit Violation and Loss of Control.

He said, “The crash which involved a total of twenty one (21) victims, (12 male adults and 9 female adults), was reportedly caused by Speed Limit Violation and Loss of Control.

“The injured victims were rushed to Chukwura Hospital, Obosi by people around the area. The corpses of the dead were deposited at Righteous Undertaker Funeral Home Service Mortuary.

No N40bn missing from NDDC —Akpabio