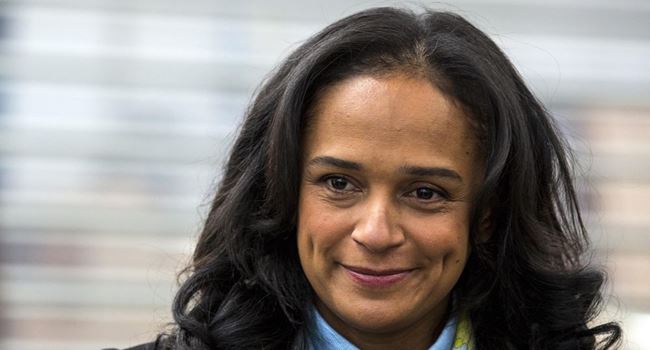 A court in Angola has ordered the seizure of assets belonging to Ms Dos Santos, the billionaire daughter of ex-President, José Eduardo dos Santos, in a move seen as an anti-corruption drive by the current government of the oil-rich country.

The court order comes as the incumbent President, Joao Lourenço is seeking to recover $1bn (£760m) it says it is owed by Isabel dos Santos and her associates.

Ms Dos Santos who is often described as Africa’s richest woman and is estimated by Forbes magazine to have a fortune of $2.2bn has repeatedly denied wrongdoing during her father’s term in office.

The 46-year-old lives abroad, saying she moved from Angola because her life had been threatened.

Reacting to the court order which was issued on Tuesday in a statement, Ms Dos Santos who runs a huge business empire with stakes in companies in Angola and Portugal condemned what she described as a “politically motivated attack” against her.

“I discovered that a trial had been held in total secrecy in Angola and the decision taken to issue a freezing order on my assets. There were no lawyers from my side present, or the directors of my companies. We were only informed about it after the decision had been taken behind our backs.

“I have spent the last 24 hours trying to give assurances to my staff and all the families affected by this order that we must not give in. I will use all the instruments of Angolan and international law at my disposal to fight this order and ensure the truth comes out,” the statement added.