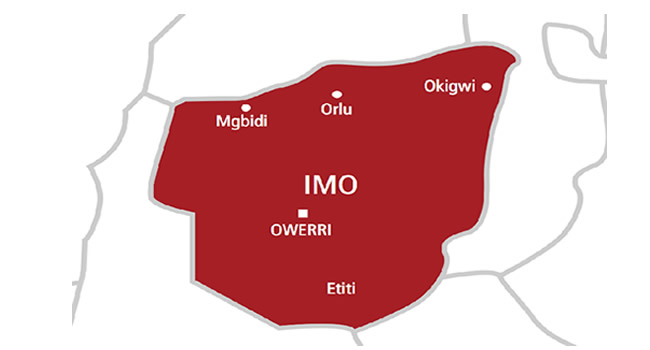 An angry mob on Monday killed a suspected leader of the Eastern Security Network (ESN), the military wing of the Indigenous People of Biafra (IPOB), Obinwanne Iwu, while trying to enforce the group’s sit-at-home order with his gang members in Imo State.

The state’s Commissioner of Police, Rabiu Hussaini, who confirmed the incident in a statement issued on Monday by the spokesman of the state police command, Mike Abattam, said the ESN commander had been lynched by the mob before his police patrol team arrived at the scene while his gang members fled the place.

He directed the suspects arrested in connection with the incident to be taken to police custody for proper investigation.

The statement read: “Residents Umuagbavo Oru Ahiara of the state were going about their lawful businesses when one Obinwanne Iwu, 34 years, a native of Ahiara in the same local government area who is an escapee of Imo Correctional Centre, Owerri, went to the market with his gang trying to enforce a sit-at-home order of the proscribed IPOB/ESN terror group.

“They were shouting at the top of their voices that today is Monday and everybody must obey the sit-at-home order.”

He added that the harassment was unacceptable to the people who mobilized themselves, held Iwu, and tied his hands behind his back while other members of the gang fled the scene.