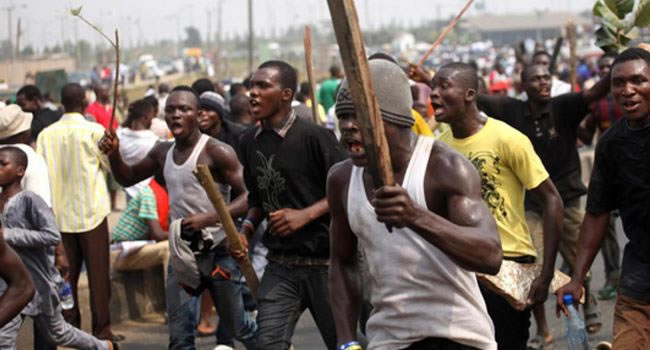 The spokesperson for the state police command, Catherine Anene who confirmed the incident to journalists, said the duo who were part of a five-man gang terrorising the community, were operating in the area when the residents rallied and moved against the gang.

The suspects, according to her, were caught opposite the Divine Mercy Minor Seminary School at Kanshio while others managed to escape from the scene.

Anene said: “From what was gathered from the residents, the gang which was on a house- to- house robbery operation, had forcefully gained entrance into a residence in Kanshio in an attempt to rob a family after shooting sporadically to wade off intervention.

“Luck ran out on them when the head of the family was said to have summoned courage and grabbed one of them, an action which propelled the other two to engage the brave man until they rescued their colleague.