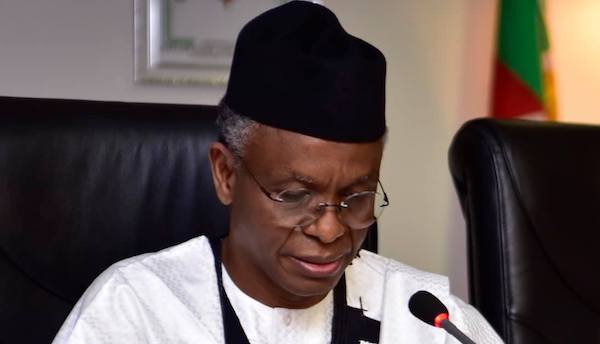 The Kaduna community of Adara is in a state of agitation as kidnappers who reportedly whisked away 65 residents from Libere Gida, Kallah Ward in Kajuru Local Government Area (LGA) in the Southern part of Kaduna State, have reportedly demanded N350 million as ransom for their release.

This was disclosed by the Southern Kaduna People’s Union (SOKAPU) on Saturday.

According to the SOKAPU, the kidnappers further stated that there are 77 persons in their captivity.

This triggered an angry reaction from youths within the Goni Gora communities who laid siege on the Abuja-Kaduna Expressway protesting the repeated abductions of locals.

The protesters, in their numbers, barricaded the busy road with stones and wood, insisting that nobody will pass until the state Governor Nasir El-Rufai addresses them.

They also prevented the convoy of a top military officer from passing through the road.

In a statement issued by its spokesman Luka Binniyat, SOKAPU said, “the Kaduna State Government has made it a habit to churn out daily updates on the security situation in Kaduna State, but has not made any mention of this mass abduction which occurred in Libere Gida around 11:30 pm of the 22nd April 2021.

“Libere is close to the three major IDP camps in Kajuru LGA. They are in Kallah town, Geffe, and Rimau where no fewer than 5,000 have been staying under subhuman conditions since they were chased out from their various villages in May 2020 by armed men.

“Kaduna State Government has never visited or mentioned their existence, not to talk of assisting them with any relief material.

“Not less than 100 communities of Southern Kaduna are already in the hands of the invaders.”

Meanwhile, relief came the way of motorists on the blocked highway when the Commanding Officer of the 312 Artillery Regiment, Kalapanzin Barracks, Kaduna, Lt-Col. M.H Abdullahi addressed the youth and pledged to redress the security situation by taking their plight to the necessary authorities.