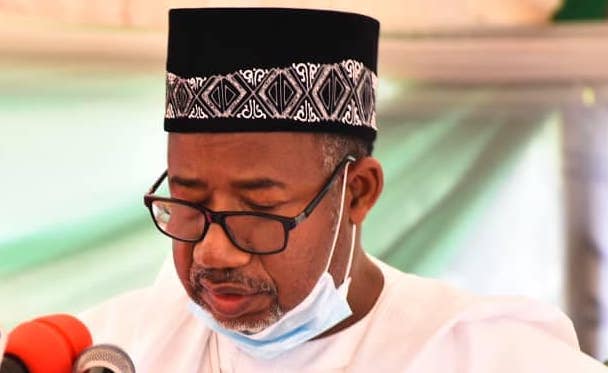 Some youths have protested over the murder of a 35 years old woman, Mrs Rifkatu Yohanna who was murdered by yet to be identified people while in her farm in a village in Tafawa Balewa LGA of the Bauchi State.

The angry youths during the protest stoned and injured some members of a police team who had responded to the distress call from the area after the matter was reported to the police station.

The state Police Command said it has commenced discreet investigation to unravel the circumstances that led to the gruesome murder of the woman.

The incident was confirmed by Bauchi State Police Command through the PPRO, SP Ahmed Wakili who told our correspondent via phone conversation that, “A case of culpable homicide that happened on Monday, 20 09 2021 at about 2045hours, a distress call was put through to the DPO, Tafawa Balewa in relation to one Rifkatu Yohanna, 35 years old woman of Tafawa Balewa town”.

The PPRO added that, “she went to the farm on the same date at 008hrs and did not return home, when a distress call was received by the DPO, a combined team of search was organized by the DPO as well as the DPO of Bununu during which her corpse was recovered in the bush near a hamlet”.

According to the PPRO, “Violence then erupted in Tafawa Balewa when some people came out and were protesting and youths stoned and damaged the patrol vehicle of Bununu Division as a result of which some of them were injured”.

Ahmed Wakili added that, “the Commissioner of Police, Sylvester Abiodun Alabi on hearing this dastardly act by the hoodlums, directed that the DPOs of Tafawa Balewa and Bununu should engage the youth so that peace will be restored, as I am talking to you now, normalcy has returned to Tafawa Balewa”.

He then said that 4 suspects have been arrested in respect of the matter saying that “and the Command will not leave any stone unturned to apprehend the culprits and bring them to justice. The Commissioner of Police has directed for a discreet investigation into the matter, further information will be communicated”.

The Police Command assured residents of the state of adequate security protection as personnel have been deployed across the state to fight the criminals and get them arrested appealing to people not to take the laws into their hands no matter what happened urging them to report any crime to the nearest Police station.

Meanwhile, Bauchi State Government has said that was in receipt of Security Report from Tafawa Balewa Local
Government of an incident that claimed the life of an innocent woman.

A release from the Office of SSG contained that, “This dastardly and infamous act, which we strongly condemn, is coming at a time when the present administration is working
assiduously to consolidate on the successes made in providing Security to our people” .

The Government stated that, “It is
disheartening that this achievement is being threatened by forces of darkness, who are hell-bent on unleashing mayhem on unsuspecting members of the public” .

“While condemning this act, let it be unequivocally stated that Government will continue to work with Security Agencies in order to provide sustainable peace across the State. The Security
forces have commenced investigations into the matter and some arrests have been made”, the statement signed by the SSG, Barr Ibrahim Kashim further contained.

The statement further contained that, “Government is therefore calling on our people to remain calm resist the temptation to take the law into their hands and assist Security Agencies by providing useful information that will help to crackdown the criminals” .

“Finally, we assure the public that no stone will be left unturned in unearthing, arresting and dealing with the culprits decisively in accordance with the law. Government will continue to discharge its primary responsibility of protecting the lives and property of the citizenry”, government assured the residents .
End