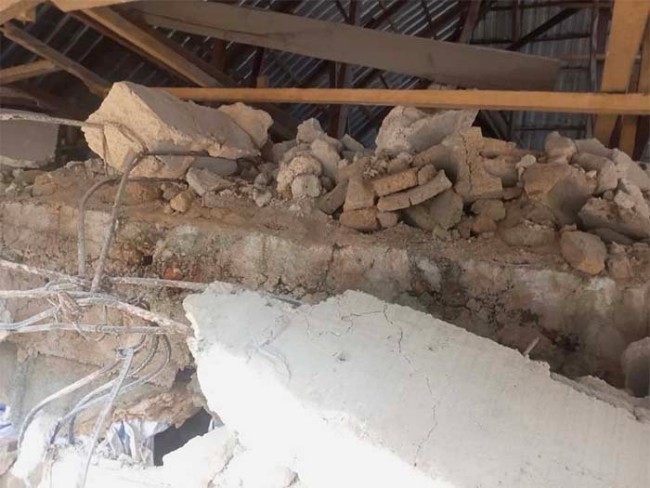 Another story building has collapsed in the Okota, Lagos area of Lagos State. However, no casualty was recorded as the building came down.

The building is located on Chris Igadi Street, Ago Palace Way area, Okota Lagos State, in the early hours of Saturday, and it was gathered that no casualty was recorded as residents were said to have vacated the building about two hours before the incident.

It would be recalled that no fewer than 10 people were killed while many sustained injuries during the collapse of a three-storey building in Ebute Metta, Lagos State last Sunday.

He added that the site of the collapsed structure had been handed over to the Lagos State Building Control Agency.

“While gathering information from the residents, it was revealed that the building gave signs several hours before it collapsed.

“Meanwhile nobody was trapped as all the occupants evacuated the area when the signs began two hours before the collapse.

“A headcount of occupants was done to ensure no occupant is missing and the remains of the building were cordoned off. The operation was concluded around 5:23am.”

Related Topics:Lagos Building Collapse
Up Next