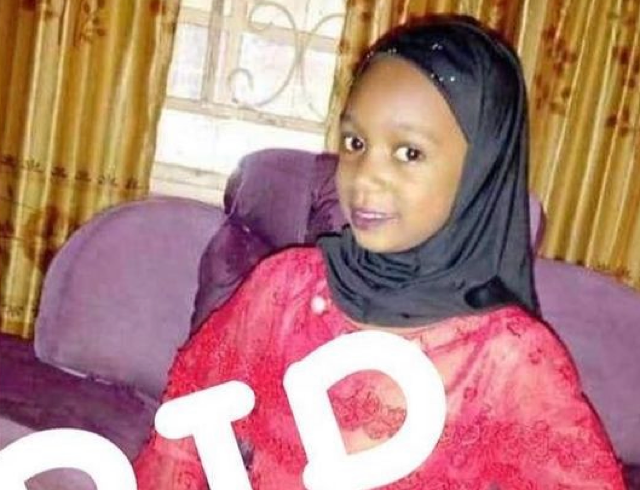 While the shock and consternation over the alleged abduction and gruesome murder of a five-year-old, Hanifa Abubakar by her teacher, Abdulmalik Tanko in Kano, is yet go down, the same fate has befallen an eight-year-old girl in Kaduna State.

The girl, identified as Asma’u Wa’alamu, who was allegedly kidnapped in Zaria, was reportedly murdered and buried in a shallow grave by her abductors even after collecting N3 million as ransom from her parents.

The young victim, according to a post on Instagram by one Musa Ahmed and shared by a group known as Haussa-Fulani, was in captivity for over a month while her father, Alhaji Shuaibu Wa’alamu, negotiated the ransom with her abductors.

In the post, Ahmed who noted that the girl’s father was his friend, narrated that the young girl was kidnapped while on her way to buy a ‘recharge card’ and after some days, the kidnapper called her father and demanded a ransom of N3 million.

“My friend’s daughter, an eight-year-old girl, was kidnapped on her way to buy a recharge card in our neighbourhood.

“She was with her abductors for 42 days; they demanded the sum of N3 million which was given to them, but sadly, they killed the girl and buried her in a shallow grave,” Ahmed wrote.

In another post, Ahmed said the father of the murdered schoolgirl had accused his neighbour of kidnapping and killing his 8-year-old daughter, Asma’u, after he had paid N3 million ransom.

The father who also narrated his bitter experience, said it was his neigbhour, Kabir, who kidnapped and murdered his daughter.

“She was kidnapped on the 9th of December, 2021, and when she failed to return home, we lodged a formal complaint with the police.

“After some days, the abductors called me and demanded N15m but we negotiated and I first gave them N2m. They collected the money in Rigasa area of Kaduna.

“Later, they called me again and demanded another N1.45m as the only condition to release my daughter.

“I did not argue. I gave the money to them. However, after paying the ransom as demanded on the 19th of January, they called me and told me that they had killed my daughter and switched off their phone.

“Since from the initial stage, I was following her kidnappers and doing their bidding because of the fear of losing her. Now, they have killed her.

“I know those who kidnapped her and killed her. They are around us. One of them is my neighbour, Kabir. I have strong evidence. I have told the police. And they are on it. In fact, the suspects have been arrested,” he said.

The Kaduna State Police Public Relations Officer (PPRO), ASP Muhammad Jalige, who confirmed the arrest of Kabir and other suspects involved in the abduction and murder of the girl, said investigations have commenced on the matter and the command would address the media soon.

Related Topics:Kaduna kidnapped girl
Up Next