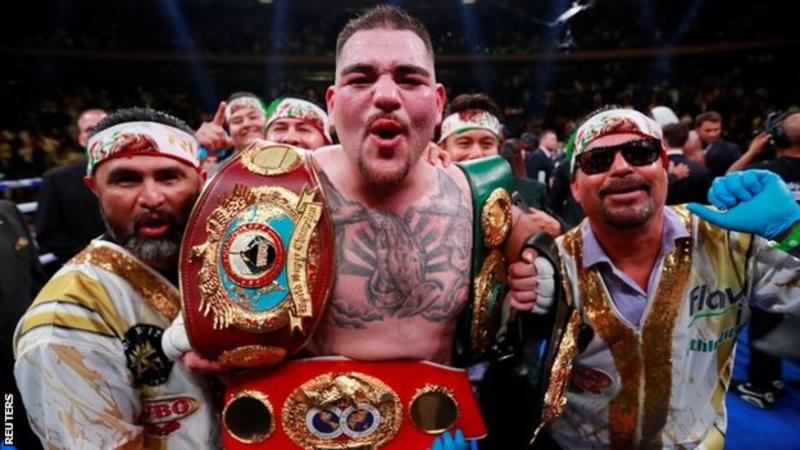 British boxer, Anthony Joshua has vowed to win back the belts he lost to Andy Ruiz Jr in a sensational heavyweight world-title match on Sunday morning.

Joshua, who had never tasted a loss in his professional career, called the defeat a ‘minor setback’ and says it was a test of character.

The 29-year old was floored four times as Ruiz defied underdog status to win in seven rounds and deliver a true shock to the sport at Madison Square Garden.

With the win, Ruiz Jr now holds three of the four main heavyweight world title belts, with the fourth in the hands of Deontey Wilder.

It was a shock defeat for Joshua, and the first of his 23-fight career, against a man who took the contest at short notice when original opponent Jarrell Miller failed drugs tests.

“I still want to compete with those men but a rematch with Andy Ruiz Jr is where we are at,” he said.

“I’m still a champ and I will rectify it to get the belts back.

“It’s a test of character. I’ll see what is next and move on.”

Promoter Eddie Hearn said a rematch is a “must win” because Joshua’s options will be “nothing after that”.

A rematch clause was part of the contract and Hearn said he expected it to take place “in England in November or December”. Ruiz himself says he will take the contest at any time.